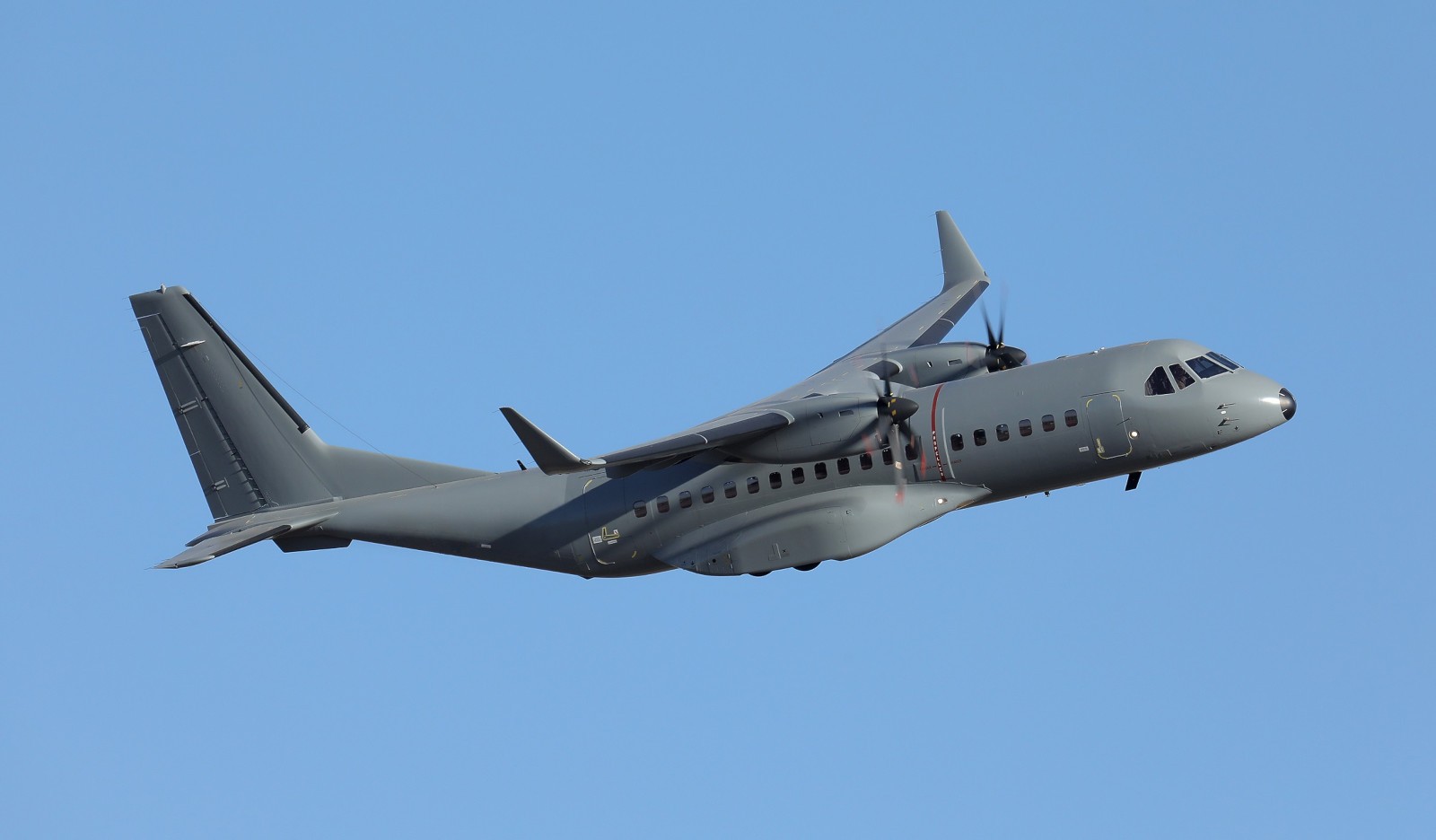 The Ministry of Defence (MINDEF) of Brunei Darussalam announced that it has signed a contract with Airbus Defence and Space for an undisclosed number of C-295MW military transport aircraft on Friday (Dec. 2). The acquisition of these aircraft is projected to replace a single CN-235-110 aircraft of the Royal Brunei Air Force (RBAF) bought from Indonesia in 1997.

While no specific number of the C-295MW was mentioned, the announcement from the Brunei MINDEF specified that they will be delivered in two batches, suggesting that there are at least two aircraft that are being ordered.

The C-295MW is an upgraded model of the C-295 medium tactical transport aircraft by featuring a winglet on each wingtip to improve its flight performance. Powered by two Pratt & Whitney Canada PW127G turboprop engines each delivering 1,972 kW (2,644 hp) of power, the aircraft is capable of reaching a maximum cruise speed of 480 km/h, a 25,000 ft (7,620 meters) cruise altitude, and a maximum range of 1,555 km with 7,000 kg payload. The aircraft can take off from a 670 meters long runway, and need a 320 meters long runway for the landing.

As of November 2022, over 205 C-295 series aircraft have been delivered to more than 33 operators in 30 countries including, Indonesia, Philippines, Thailand, and Vietnam in the Southeast Asia region.