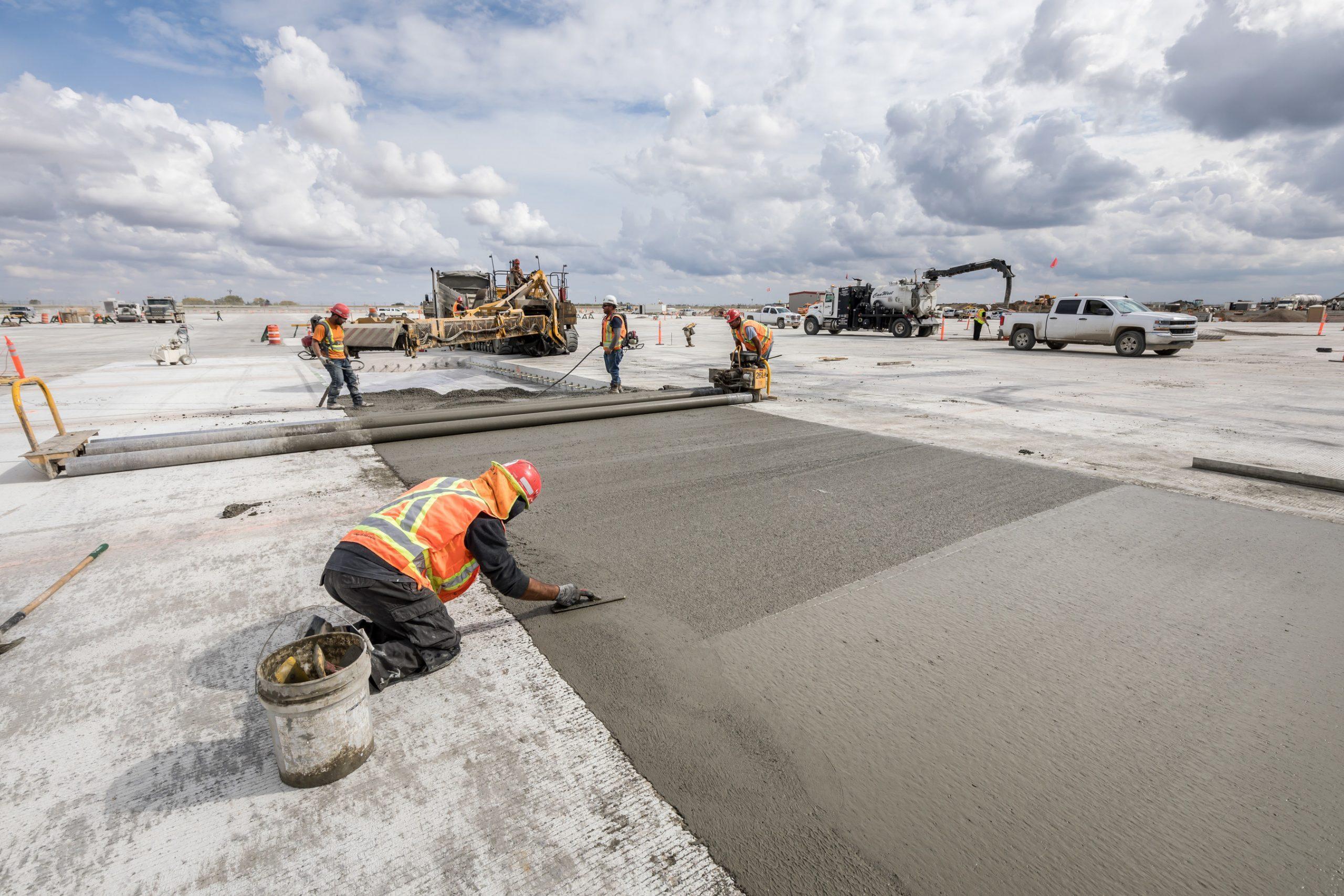 The new deicing pad, the East Deicing Apron, was built with CarbonCure Technologies’ reduced-carbon concrete in August and September of 2019. The first airplanes started using the facility just weeks ago.

The amount of concrete poured to build the East Deicing Apron was the second largest pour of CarbonCure concrete in a single project, and the largest quantity to be used at an airport in Canada.

“2019 was a record year for CarbonCure, as our producer partners’ total production volume and the associated carbon savings nearly doubled from that of 2018,” said Robert Niven, the company’s founder and CEO. “We are proud that a project based in Canada was such a large contributor to these milestones. This is yet another instance of CarbonCure concrete easily meeting rigorous performance standards, including the top-tier design and engineering standards required for airport paving.”

CarbonCure injects waste carbon dioxide (CO2) captured by industrial gas suppliers into concrete during mixing, enabling the production of stronger, more sustainable concrete. Every cubic metre of concrete made with this technology reduces an average of 16 kilograms of carbon emissions, meaning an average high-rise built with CarbonCure concrete would save approximately 120 tonnes of CO2 emissions.

More than 25,000 cubic metres of CarbonCure concrete was poured for the construction of the East Deicing Apron project, realizing 160 tonnes of carbon savings. That’s equivalent to 209 acres of forest absorbing CO2 over the course of a year.

“YYC Calgary International Airport is pleased to be a leader as the largest airport user to-date of CarbonCure in Canada. As YYC strives to be a leader in airport sustainability, we fully supported our airline partners in the decision to inject captured carbon into the new East Deicing Apron’s concrete pavement,” said Carmelle Hunka, general counsel, vice president, risk and compliance of the Calgary Airport Authority.

In 2019 alone, CarbonCure partners’ total concrete production volume surpassed 3.3 million cubic metres, with an average monthly output of 145,000 cubic metres. Total CO2 emissions reductions for the year surpassed 55,000 tonnes, which is equivalent to the carbon absorbed by more than 70,000 acres of forest or taking 12,000 cars off the road for a year.