China Powers Ahead with Space Plans 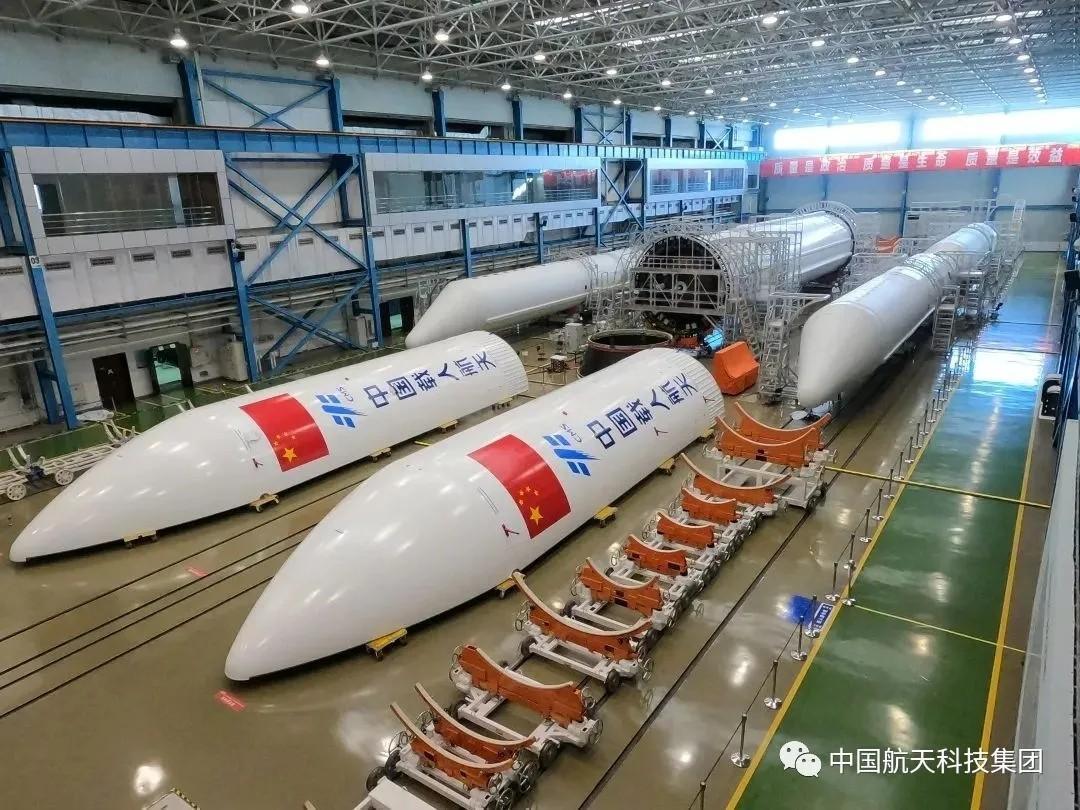 China is powering ahead with its ambitious space programmes in 2021.

Work is considerably advanced on its first space station.

China Aerospace Science and Technology Corporation (CASC) is hard at work on the various modules, spacecraft, and rockets needed for the programme.

This includes launches of the core module, two experiment modules, four crewed spacecraft, and four cargo spacecraft needed to complete the construction of the space station.

Development of China’s first space station is the responsibility of CASC.

The core module of its manned space station is scheduled to be launched this spring.

Final assembly of the Shenzhou-12 spacecraft’s recovery and landing subsystem has been completed.

The Long March-2F, Long March-7, and Long March-5B carrier rockets are under final assembly and testing at facilities in Beijing and Tianjin.

The launch of the core module by the Long March-5B Y2 carrier rocket, among others, is planned to be carried out at the Wenchang Spacecraft Launch Site in China’s Hainan Province this spring.

Tianwen-1, China’s first-ever Mars probe, has travelled for over 163 days, covering a journey of more than 400 million km.

Tianwen-1 is around 130 million km away from Earth and about 8.3 million km from Mars.

Tianwen-1 is now scheduled to implement the braking at periareon when approaching Mars around February 10.

It will then enter Martian orbit and prepare for its landing on Mars, marking a major milestone.