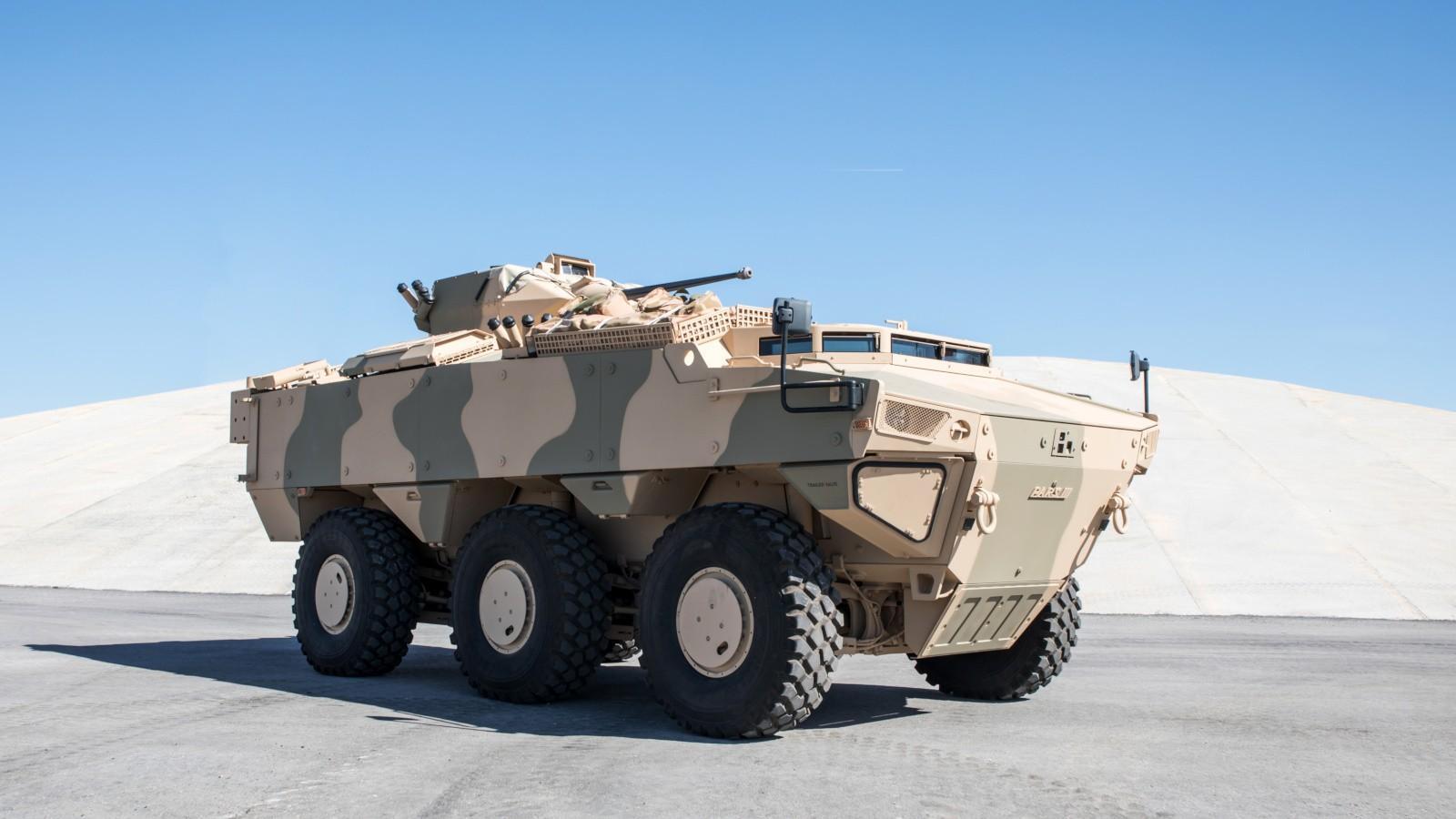 At least two South Korean companies and three others from Turkey, Canada, and Indonesia are competing in the Malaysian Army (TDM) 6×6 Armored Personnel Carrier (APC) program.

The winner will be supplying about 400 units to replace the Sibmas 6×6 Infantry Fighting Vehicle (IFV) that has served in TDM since the early 1980s. It is expected that the service will announce the winner of the contract in February 2022.

South Korea’s Hanwha Defense is offering its Tigon 6×6 that was first introduced during Defence Services Asia (DSA) expo 2018 in Kuala Lumpur. Developed in cooperation with AVP Engineering, a Malaysian company, Tigon 6×6 is a 21-ton vehicle with a capacity for 11 personnel. Capable of being mounted with weapons ranging from 7.62 mm machine gun to 30 mm cannons in RCWS configuration. It can also be fitted with a turret housing a medium caliber, low pressure 90 mm cannon for fire support roles.

Hyundai Rotem, another South Korean company, has its K806 on offer. In service since 2017 with the South Korean Army, the 16-ton vehicle also has a capacity for 11 personnel including the driver and commander. Its standard weapon configuration in South Korea is a manually operated, one-man protected turret with a 12.7 mm caliber heavy machine gun, but it can also be fitted with an RCWS system housing up to a 30 mm caliber cannon if needed. The vehicle has a 420 HP diesel engine that helps it reach a maximum speed of 100 km/h on-road and 10 km/h on water due to its amphibious capability.

Turkey’s FNSS is offering the PARS III in the 6×6 configuration. The company has previously collaborated with Deftech Malaysia to develop and produce 8×8 AV8 Gempita, currently in TDM service since 2015. PARS III 6×6 is a 25-ton, 9 personnel carrying capacity vehicle that can also be equipped with a wide range of the main armament from small caliber, RCWS system up to a 25 mm cannon housed inside a two-man turret.

With its 500 HP diesel engine, the vehicle is capable of reaching a top speed of 100 km/h on-road and up to 10 km/h on the water with its optional amphibious capability.

Not much is known about the Canadian offer other than the possibility that General Dynamics Land Systems Canada, a subsidiary of the US General Dynamics company, is the one that is competing in the program.

Similar to Canada, not much is known about Indonesia’s offer. It is however likely that Indonesian state-owned PT PINDAD is offering its Anoa 2 6×6 APC. The vehicle is an improved version of the Anoa 6×6 in which 400 units have been operated by the Indonesian Army since 2009. Unlike its predecessor, Anoa 2 is an amphibious-capable APC with a combat weight of about 15 tons. Powered with a 320 HP diesel engine, Anoa 2 has a maximum speed of about 80 km/h on-road and about 6 km/h top speed on the water.