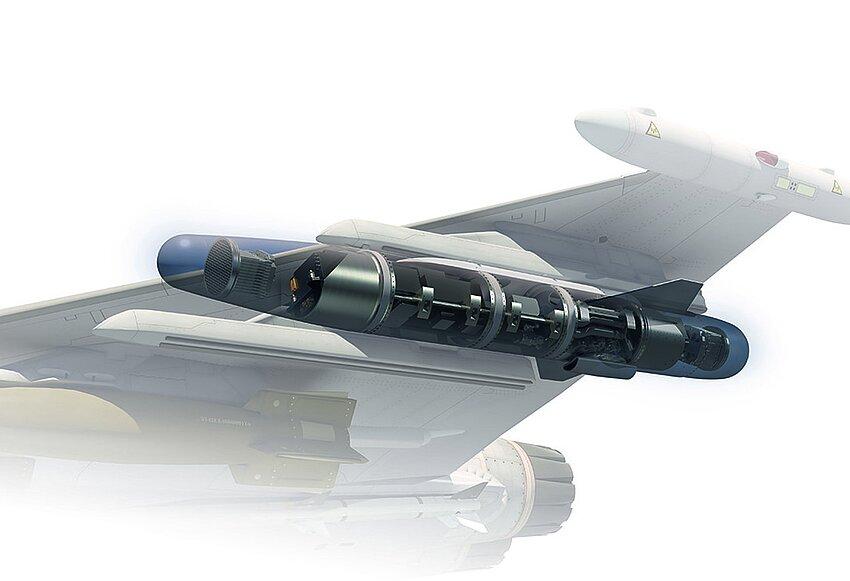 Sensor solutions provider Hensoldt, which is showcasing its range of products at ADEX, has developed a multi-function jamming system that can not only actively jam enemy radars in an extremely wide frequency band, but also be used passively as a reconnaissance sensor.

‘Kalaetron Attack,’ which was developed combining artificial intelligence, digitisation, Active Electronically Scanning Array (AESA) and 3D printing technologies. The core elements of the system are a fully-digitised, broadband sensor and effector, a fully-polarisable, electronically controllable jammer and a condensed design of the electronic components made possible by metallic 3D printing. The AESA jammer can be easily integrated into flying platforms but also scaled for sea and land applications. The next step in development of ‘Kalaetron Attack’ is to fit it into an aircraft in order to confirm the positive laboratory results achieved in realistic flight tests.

“The latest air defence and combat aircraft radars cover an extremely wide frequency bandwidth or jump between certain frequencies in a fraction of a second, making them extremely difficult to neutralise,” said Celia Pelaz, chief strategy officer and head of the Spectrum Dominance division at Hensoldt. “By combining the latest technologies, we have managed to optimise the emitted power in a targeted way while controlling the electromagnetic spectrum with one receive channel. This would make ‘Kalaetron Attack’ perfectly suited both as an aircraft self-protection system and in the role of an escort jammer.”