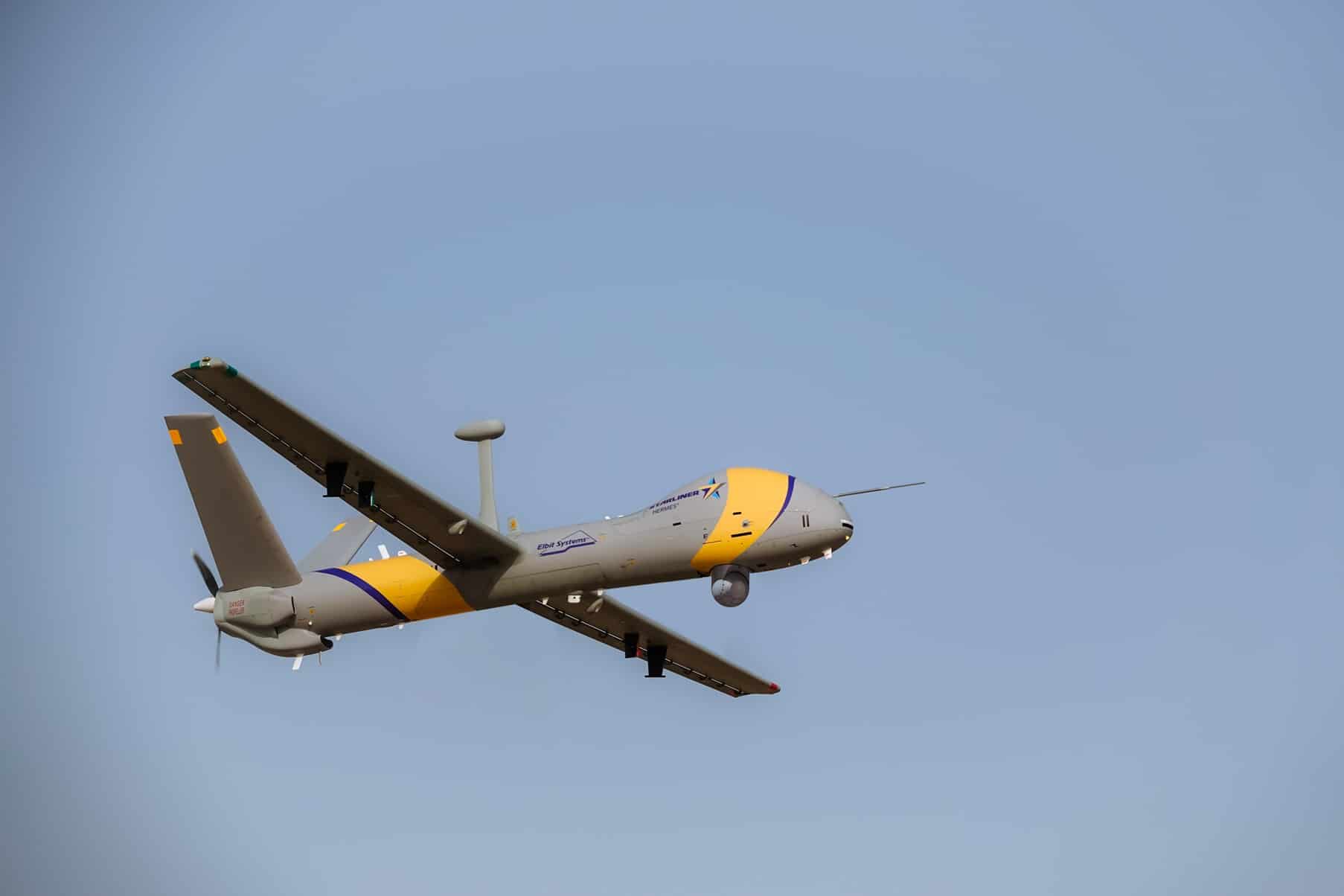 The Israeli Civil Aviation Authority (CAAI), has certified the Elbit systems Starliner (UAS) to fly in civilian airspace as any other civilian airplane and not restricting its flight to unsegregated airspace.

This is an additional part of the Israeli Ministry of Transport and Road Safety’s policy to adapt land and aerial transport regulations. The Ministry adopts an innovative approach responding to the challenges presented and opportunities enabled by technological developments in Israel and around the world.

The receipt of the Type Certificate from the CAAI completes the compliance of Elbit Systems’ Hermes Starliner UAS with the NATO standardization for approving UAS for integration in civilian unsegregated airspace.

For safety reasons, international aviation regulations prohibit uncertified aircraft from flying in civilian airspace, limiting the operation of UAS’ to unsegregated airspace, until now. The certification issued by the CAAI to the Hermes Starliner UAS changes this.

CAAI has supervised the design and manufacturing of the Hermes Starliner UAS and led a rigorous six-year certification process that included extensive ground and flight tests. The tests were conducted in compliance with air navigation rules, airworthiness basis and aviation standards regulated by the International Civil Aviation Organization (ICAO).

Head of the CAAI, Joel Feldschuh: “We are proud to issue the Type Certificate to the Hermes Starliner UAS, approving it to fly in civilian airspace as any other civil aircraft. As far as CAAI is aware, this is a world first”.

“CAAI is an active partner in the ICAO effort to update international regulations to accommodate Remotely Piloted Aircraft Systems in civil airspace, and this Type Certificate granted to the Hermes Starliner UAS aligns with this international activity. This Type Certificate is the result of a fundamental process that we led for six years that included thousands of man hours, dozens of audits, laboratory tests, ground tests, intensive flight tests and thousands of documents”, added Feldschuh.

With a wingspan of 17 meters and weighing 1.6 tons, Elbit Systems’ Hermes Starliner UAS is capable of up to 36 hours of continuous flight at an altitude of up to 25,000 ft. and can carry an additional 450 kg of electro-optical, thermal, radar and other payloads.

To date, Elbit Systems has been contracted by the Swiss Federal Department of Defence and the Canadian Ministry of Transportation to supply the Hermes Starliner UAS and by a dozen additional countries to provide other variants of the Hermes 900 UAS.

The approval granted to a UAS to fly above populated areas and in any civilian airspace enables governments as well as international and commercial organizations to incorporate large, long-endurance unmanned aircraft in missions that until now were only performed by manned aircraft. The Hermes Starliner UAS will be able to participate in border security and anti-terror operations; take part in securing mass public events; perform maritime search and rescue; perform commercial aviation and environmental inspection missions, as well as precision agriculture work.

General Manager of Elbit Systems Aerospace, Yoram Shmuely: “We are very pleased to have achieved this international breakthrough, solidifying our leadership in the UAS market. The capability to integrate UAS in civilian airspace now enables governments as well as international and commercial organizations to leverage the unique capabilities of a sophisticated UAS in their pursuit of significantly improved security and environmental protection”.

According to the Israeli company, the Hermes 900 StarLiner, features adverse weather capabilities and is fully compliant with NATO’s Standardization Agreement (STANAG) 4671, qualifying it to be safely integrated into civilian airspace and fly in the same environment with manned aircraft.

The Hermes 900 StarLiner has been designed to be in full compliance with STANAG 4671 and to incorporate the most advanced aviation technologies, including: cooperative and non-cooperative Detect & Avoid Systems, train Avoidance Warning System, Automatic Take-off and Landing in near zero visibility, redundant broad bandwidth line-of-sight (LOS) , beyond line-of-sight (BLOS) data link and adverse weather capabilities such as de-icing and direct lightning strike sustainment.

According to Elbit , these technological enhancements,  allow the aircraft to operate in both visual and instrument meteorological conditions, and its powerful heavy fuel engine provides improved climb rate, extended endurance and higher ceiling and maximum speed.

The Hermes-900, medium altitude, long endurance UAV with a flight altitude of more than 30,000 feet and flight capabilities in all weather conditions.

The Hermes -900 is one of the main UAV operated by the Israeli airforce (IAF).