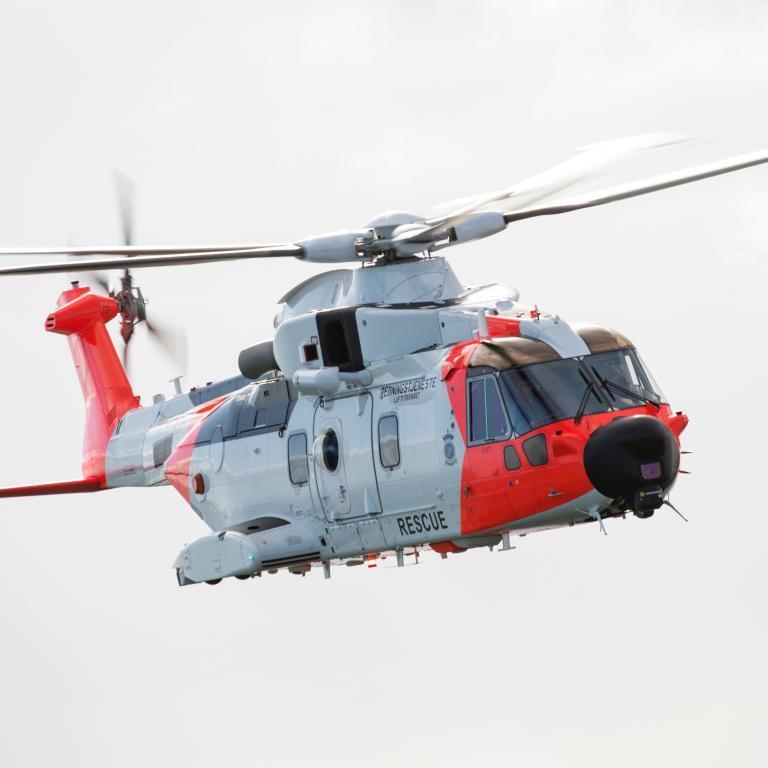 Leonardo remains bullish on the market prospects for its 16 tonne AW101 helicopter, which remains one of the most advanced, versatile and capable multi-role helicopters available today. The AW101 continues to attract interest from potential operators worldwide due to the breadth of its capabilities and long-range and endurance .

Over the years, Leonardo has modified and updated the AW101 to meet requirements from its military customers related to Personnel Recovery, Special Operations, troop and tactical transport, and MedEvac (Medical Evacuation)/CasEvac (Casualty Evacuation) missions, and the government market, especially in the configuration dedicated to the transportation of Heads of State. The AW101’s outstanding mission flexibility has also found it operators amongst some of the most important NATO nations, such as Italy, the UK, Canada, Denmark, Norway, and Portugal.

Poland joined the list of AW101 customers in April 2019, when the Polish Ministry of National Defence inked a contract with Leonardo worth 380 million EUR for supply of supply four AW101s and a comprehensive integrated logistics and training package. PZL-Świdnik, Leonardo’s fully owned Polish company is the prime contractor for the deal and will also discharge offset obligations worth 90 million EUR. Leonardo completed the maiden flight of the Polish Navy’s first AW101 (ZR285) in July at Yeovil, marking the start of what will amount to a total of approximately 700 hours of flight testing, across the four airframes to develop and validate the broad range of mission and customer specific changes from the standard AW101 demanded by the Polish Navy.

The AW101s will be operated by the Polish Naval Aviation Brigade and will be equipped with the most modern mission systems, including autopilot with SAR modes, data transmission system, tactical navigation system and protection and defence systems (passive and active), along with a 12.7 mm machine gun. Additional fitments include a tactical radio, reconnaissance radar, an observation head (FLIR) and an S-mode transponder. The AW101 will perform a range of missions for the Polish Navy including Anti-Submarine Warfare (ASW) and Combat Search and Rescue (CSAR) in the Baltic Sea and for NATO operations. To meet its CSAR requirements, Polish Navy AW101s will feature searchlight and arrayed lights and the helicopters will be optimized with medical and rescue equipment, including two winches and a system for carrying loads on the external suspension. In addition, the AW101 fleet will be equipped with an emergency float system, life rafts, and a cold climate survival kit.

The AW101 is available in four base platforms; Utility, Maritime, SAR and CSAR. The AW101 can rescue more than 20 survivors in a single mission whilst simultaneously delivering

specialised trauma treatment with a dedicated medical team, operating with a crew of 4-6 in the SAR role. Its large cabin and excellent performance make the helicopter well suited to humanitarian relief missions where it can evacuate more than 50 people in one lift. The 16 tonne AW101’s design is focussed on safety and survivability and features extensive redundancy in structures, avionics and critical systems, combined with its three engine configuration and proven 30 minute run-dry transmission capability, which ensures the highest standards of safety.

The AW101 is equipped with three civil certified (FAA Type Certificate E8NE) General Electric CT7-8E engines, each controlled by dual channel FADEC units. Leonardo quotes a 10,000 hr fatigue life for the fully marinized airframe. In its standard configuration, the three engine AW101 boasts of a typical range of 750 nm (over 1,300 km), which can be increased to 900 nm, when the helicopter is configured with auxiliary fuel tanks.