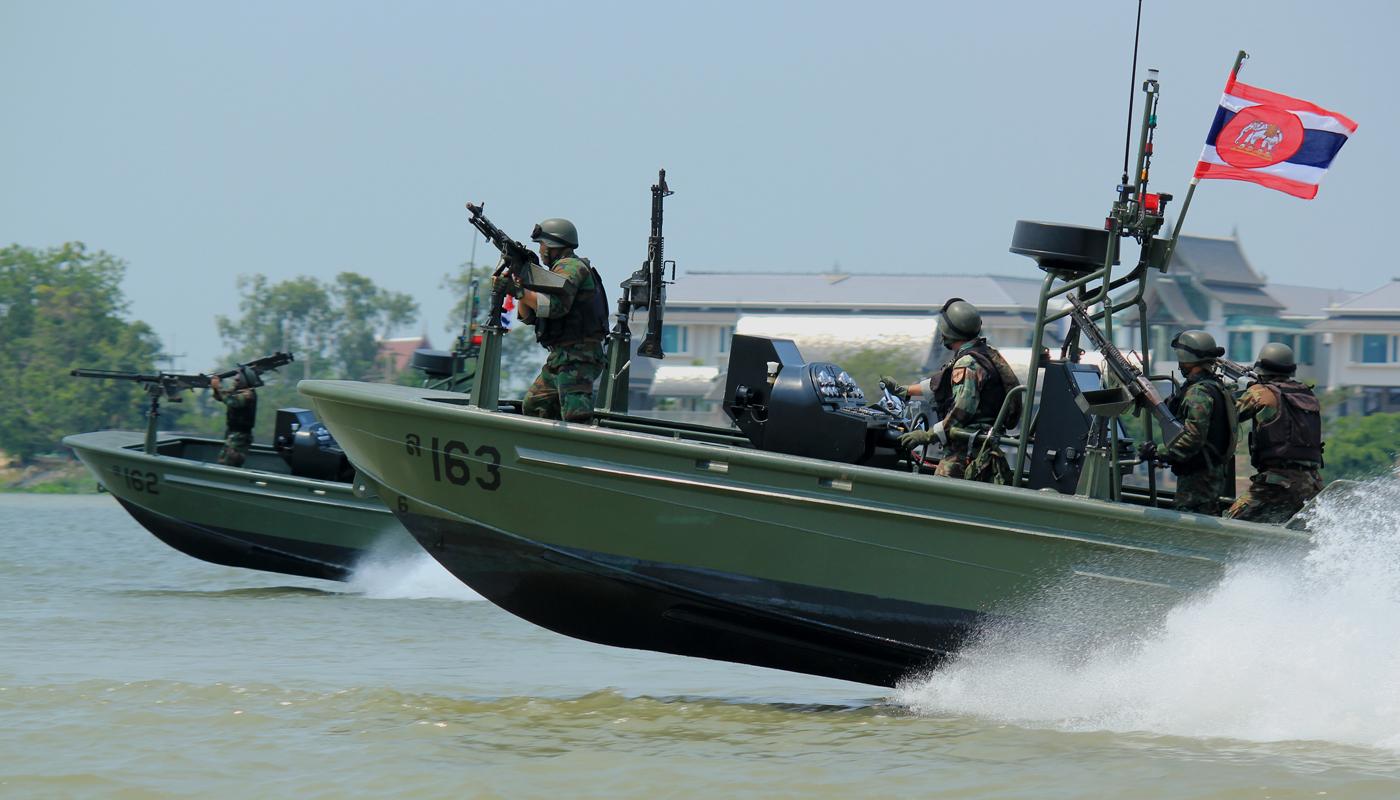 The Royal Thai Navy (RTN) recently awarded Thailand’s private shipyard Marsun Co. Ltd (Marsun) as the winner in the service’s riverine patrol boat procurement program. The company will build four new boats based on its own M10 and M10 MKII riverine patrol boats for a total value of THB82.176 million or around US$2.45 million.

The RTN has also awarded Marsun an order to build two vessels in the Landing Craft Vehicle Personnel (LCVP) category valued at THB30.602 million (about US$912,484). This type of vessel is used to transport up to 36 fully-equipped troops or a medium-sized motor vehicle from the ship to the beach.

Thailand’s Navy is in the process to replace its US-made PBR Mk II patrol boats which have been put into service for more than five decades. As many as 39 PBR Mk II have been acquired by the RTN between 1971 to 1979, and most of these boats were deployed in the Mekong river to guard the country’s border with Laos.

Marsun M10 MKII has a dimension of 11 meters in length, 3 meters in width, and a 70 cm draught. Powered by two 542 bhp diesel engines driving two water jets, it can reach a maximum speed of more than 40 knots. Its fuel capacity is 840 liter, giving it a maximum range of about 250 km.

Crewed by six personnel: one helmsman, and five gunners, it can also transport six troops in addition. The boat can be armed with weapons ranging from 7.62 mm to 12.7 mm machine guns up to 40 mm grenade launchers, as well as four sets of smoke grenade launchers installed on its stern.