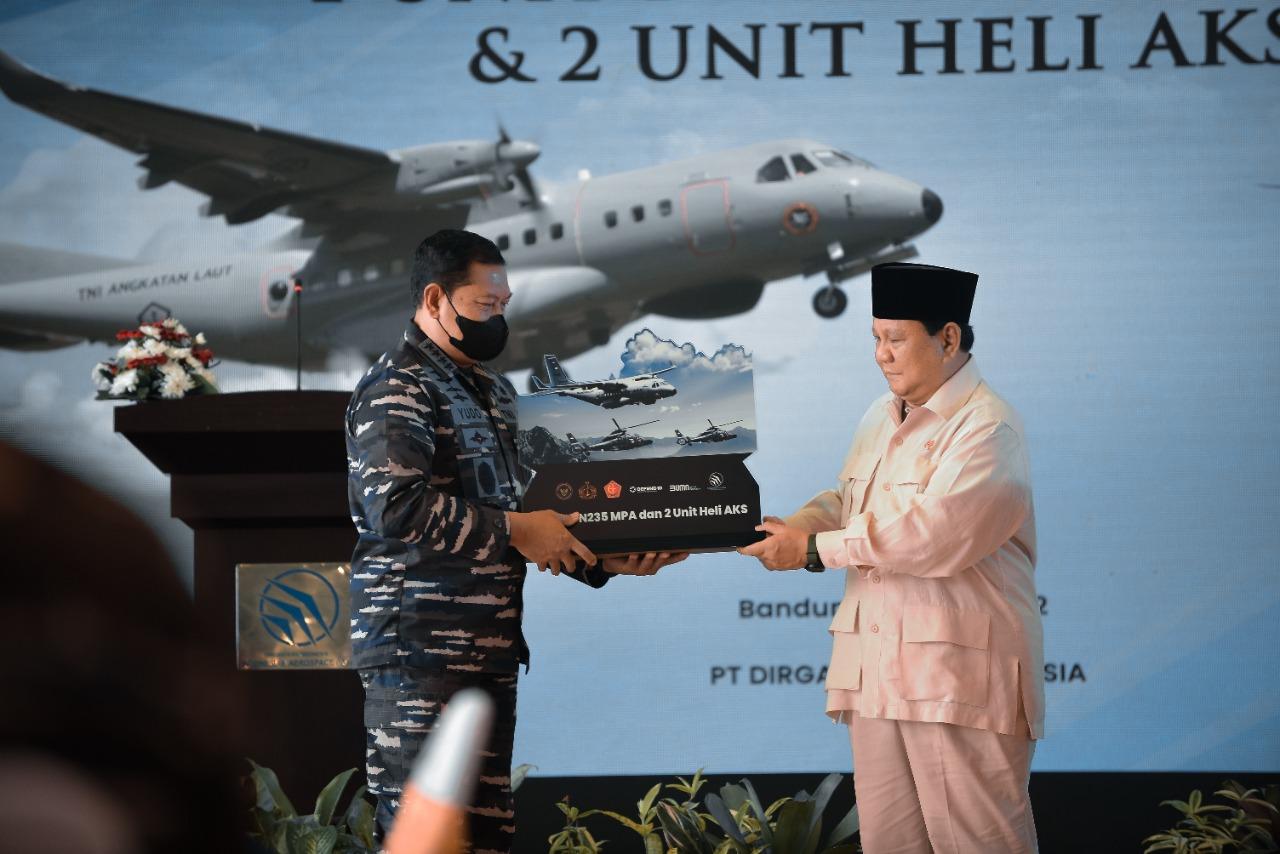 PTDI has delivered a CN-235 MPA (Maritime Patrol Aircraft) and two AS565 MBe Panther ASW (Anti-Submarine Warfare) helicopters to the Indonesian Ministry of Defense on Wednesday (15 June). These aircraft were then handed over to the Indonesian Navy (TNI-AL) as the operator to strengthen its reconnaissance and anti-submarine capability.

“Today we witness a handover, the result of PTDI’s work to strengthen the TNI,” said Prabowo Subianto, Indonesian Defense Minister who formally received the delivery. “[…] our country has the fourth-largest population, our territorial area is also one of the largest […] that’s why TNI must be strong,” he added.

“In addition to the ability to carry out maritime patrol operations, this (CN-235 MPA) is also the first PTDI aircraft that has been modified and upgraded all of its avionic systems by using the latest full glass cockpit technology and integrated digital display, which is for the composition of the local content itself has reached 42.56%,” said Gita Amperiawan, PTDI President Director. He then commented on the AS565 ASW helicopters. ”These ASW helicopters have undergone a series of tests, including flight performance, flying qualities, affected system test, and torpedo and sonar initial test to ensure that all installed systems do not significantly change the helicopter’s flying characteristics and that all operations can be carried out safely.”

The AS565 ASW helicopters are a result of a collaboration between PTDI and Airbus, where Airbus built the rotorcraft and PTDI conducted ASW system development, integration, and testing.

TNI-AL is now operating four CN-235 MPA from the planned acquisition of 11 aircraft that was announced in 2018.