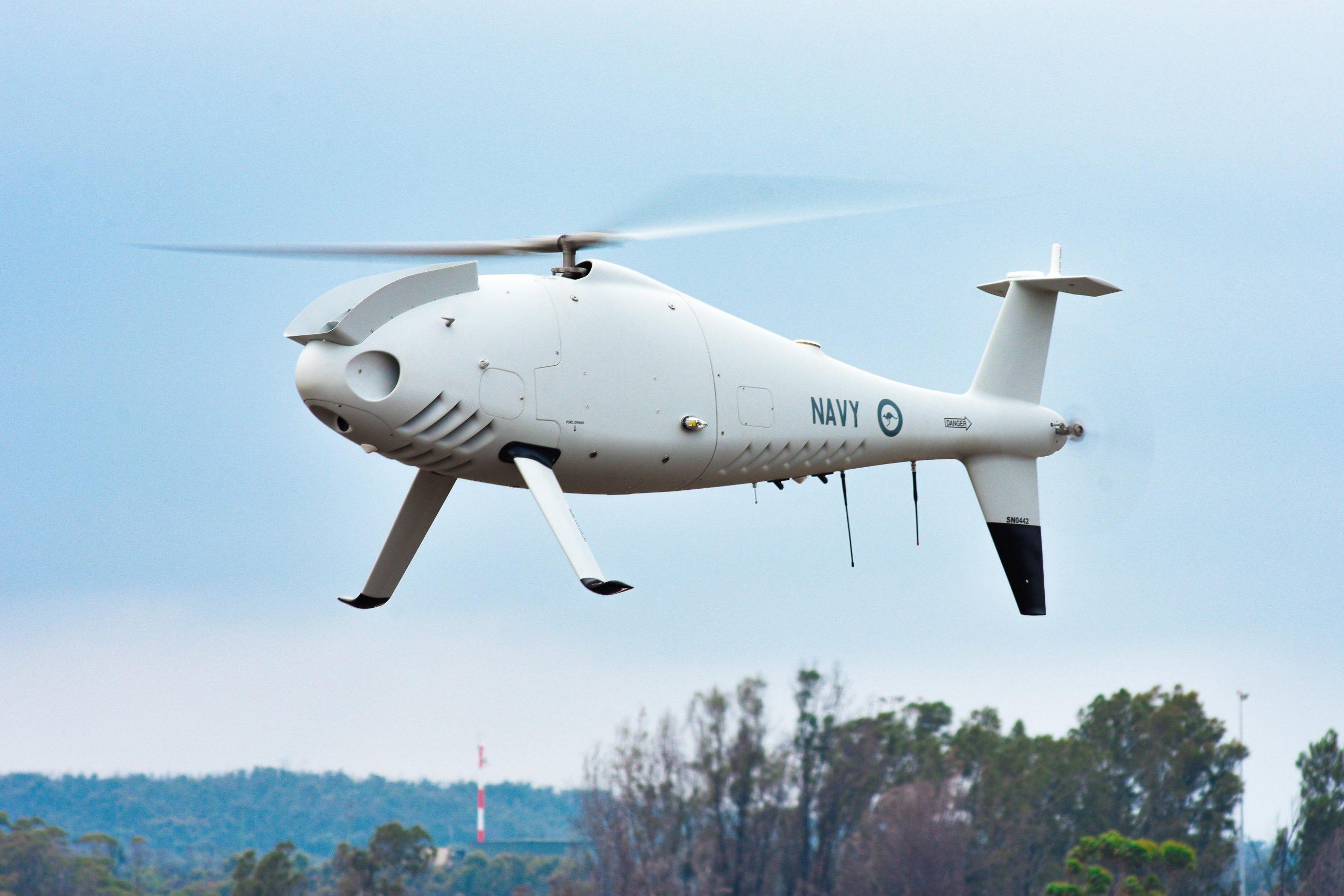 Building on 12 years of extensive experience developing engines for the CAMCOPTER®S-100 system and the lessons learnt from extensive operations worldwide, Schiebel has engineered a new proprietary heavy fuel engine, the S2. Delivered as a next generation replacement for the current propulsion unit, the S2 further increases the overall capability of the system.

The enhancements offered by the S2 engine will enable the RAN to continue to expand their test and evaluation programme, examining advanced Vertical Takeoff and Landing (VTOL) UAS capabilities ahead of the Sea 129 Phase 5 Programme. This programme will select the future UAS capability for the RAN ́s new Arafura Class Offshore Patrol Vessels (OPVs) as well as other ships.

A comprehensive series of test flight activities demonstrated both the endurance, and Maximum Take Off Weight (MTOW) – with multiple payloads – providing the evidence and assurance that the CAMCOPTER® S-100 fulfils the requirements of the RAN.

Throughout the extensive tests, the CAMCOPTER® S-100 system was equipped with a L3 Harris Wescam MX-10 real-time Electro-Optical/Infra-Red (EO/IR) camera, an Automatic Identification System (AIS), a L3 Harris Bandit transceiver and a Mode-S Automatic Dependent Surveillance Broadcast (ADS-B) transponder. This unique configuration, provides the operators with the capability to locate and confirm the identity of vessels at sea, as well as transmitting the information in real time to users equipped with RoverTM remote video terminals.

The new lightweight heavy fuel engine is initially cleared for JP-5 (F-44) and Jet-A1 fuels with other fuel types to be approved in future. Of significant note, this new engine increases the operational performance and maintainability of the S-100 and has sufficient capacity to meet anticipated future market growth needs.

“Given the single fuel policy adopted by the world’s Navies, we have responded to the requirement and have now developed, tested and produced our own Schiebel-designed heavy fuel engine for the CAMCOPTER® S-100 system. We are thrilled to have successfully completed the acceptance activities of the new capability for the Royal Australian Navy,” said Hans Georg Schiebel, Chairman of the Schiebel Group.