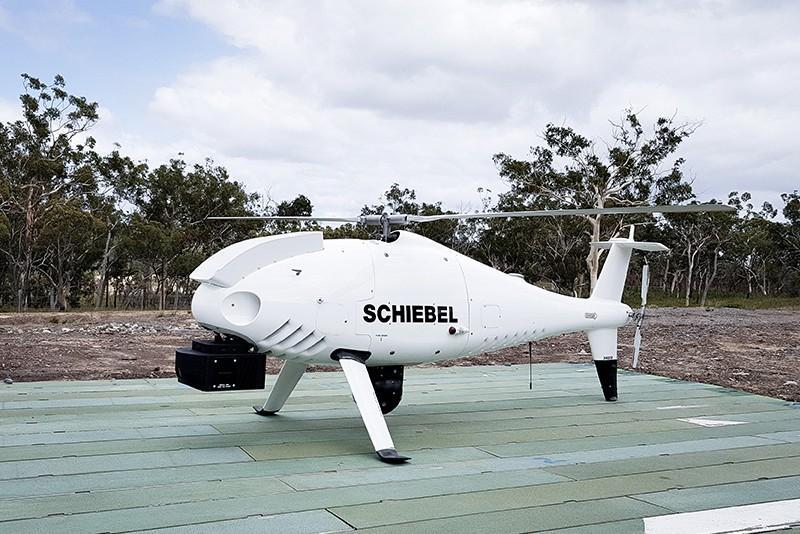 Austrian unmanned systems manufacturer Schiebel is participating at the ongoing EDEX, seeking market opportunities for its Camcopter S-100 in the maritime surveillance domain. The Camcopter S-100 Vertical Takeoff and Landing UAS, is in widespread use for military and civilian applications. Many countries in the region have growing requirements to secure their maritime borders and the S-100, has a beyond lineof-sight capability out to 200 km over land and sea. The S-100 is the only UAV of its class with extensive flight experience and is operated by 14 navies worldwide.

In August, the S-100 also showcased its range, endurance and speed, as well as its maritime surveillance and detection capabilities, to the Hellenic Navy, over the course of a one week trial. For the demonstration flights, the Camcopter S-100 was equipped with a Trakka TC-300 EO/IR sensor and a Shine Micro Automatic Identification System (AIS) receiver.

The Camcopter S-100 is being operated for maritime surveillance and training by the Spanish maritime safety and rescue body SASEMAR, carrying out different operational tasks, including maritime, traffic control, pollution prevention and fisheries control. This was also the first time; the Spanish authorities were using a UAV under the Light Unmanned Operator Certificate (LUC).