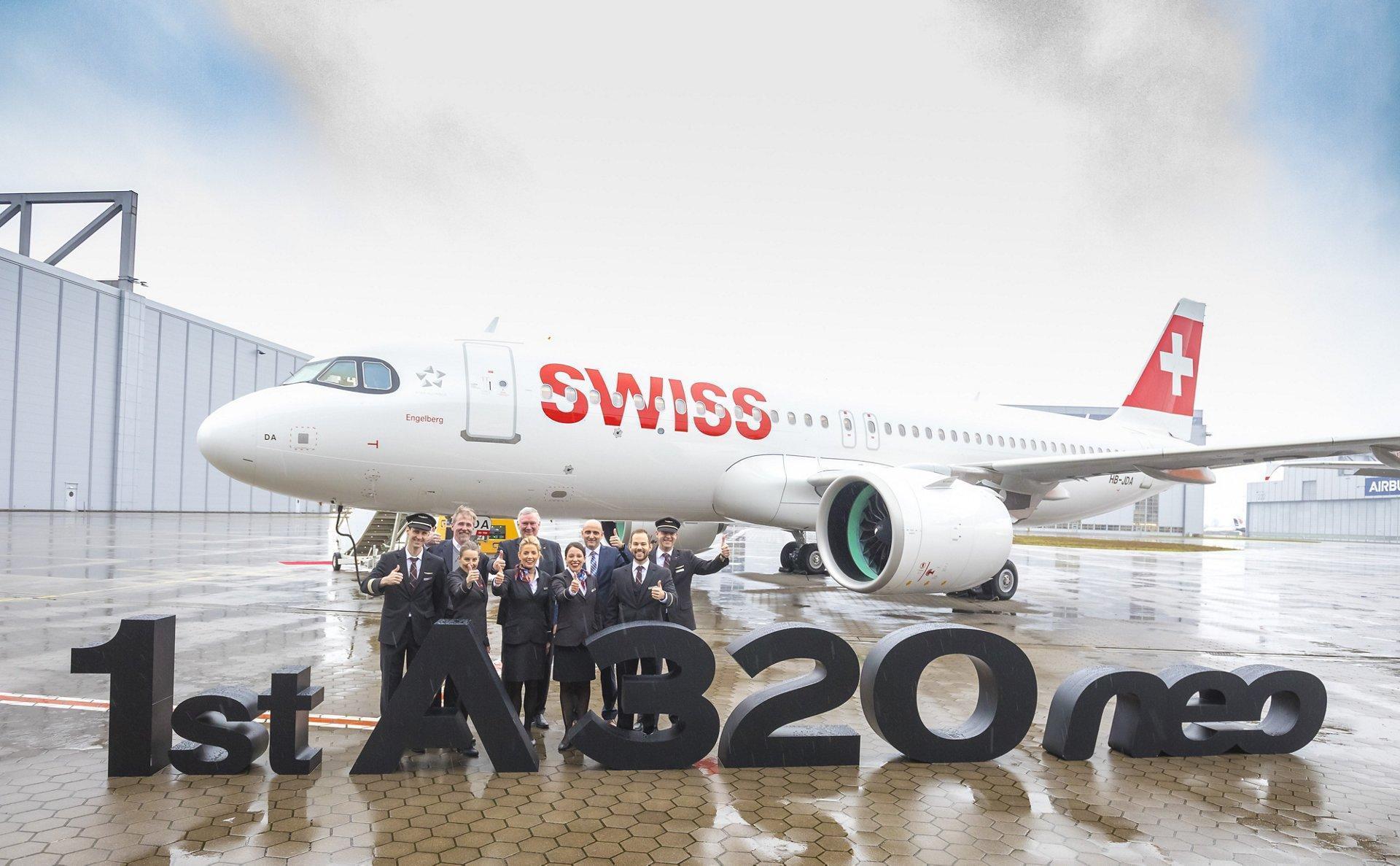 The new arrival was formally welcomed to the fleet and named “Engelberg” in a ceremony at Zurich Airport. SWISS’s new Airbus A320neo also features a newly developed seat that tangibly enhances its passengers’ travel comfort.

The aircraft, which bears the registration HB-JDA, arrived directly from Airbus’s Hamburg-Finkenwerder works airport in northern Germany. SWISS will be receiving a total of 25 new aircraft of the Airbus A320neo family (the “neo” stands for “New Engine Option”) between now and the end of 2024: seventeen A320neos and eight of the larger A321neo version. The new twinjets will replace older Airbus A320 family aircraft in the SWISS fleet’s ranks and, with their innovative powerplant technology, will help substantially further enhance SWISS’s environmental efficiency.