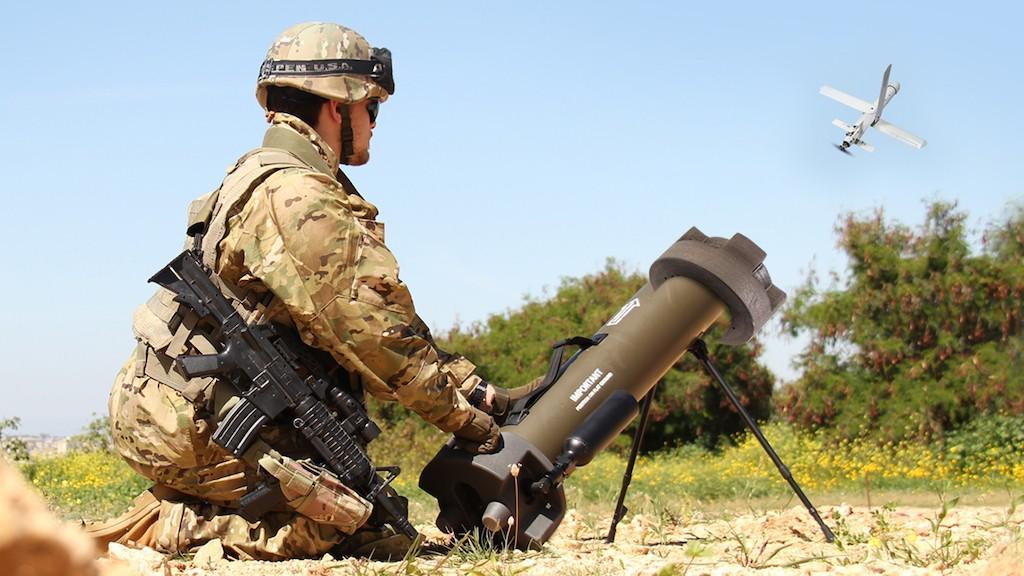 UVision Air is presenting its Hero Series of high-precision, combat-proven loitering munitions with air-launch capabilities for the first time at the Dubai Airshow 2021.

The HERO family of highly-lethal loitering munition systems has been specially designed to meet the specific requirements of launch from an aerial platform. With low acoustic, visual, radar and thermal signature, and equipped with a substantial warhead to counter high-value and fortified targets, the systems can locate, track and strike hidden or moving objects with extreme accuracy. Suitable for deployment from multiple aerial platforms, Hero systems feature high-speed transit flight and a modular payload, fitted for a variety of electronic measures as well as explosive ‘kinetic’ charges, making it suitable for use in almost any extended-range attack mission.

“These capabilities are already combat proven by major NATO military forces and others among UVision’s leading operational customers worldwide. The Abraham Accords open up new opportunities for cooperation between UVision and military forces in the UAE region. We plan to introduce our latest, most advanced combat-proven loitering munition systems, which meet the requirements of the region. UVision considers the UAE to be an important market, and we are working to reinforce the new partnership between our countries.”

The Hero-30 incorporates a high level of precision attack and abort capabilities. This simple-to-operate system enables front-line forces to initiate operations, as well as to respond to any enemy target or threat that arises, and eliminate it with extreme accuracy.  The Hero-30’s advanced capabilities include striking targets with high tracking precision and lock-on, a last-second-mission-abort, and re-engagement for a second attack attempt or change of target. Its versatile instalment configurations (man-packed, vehicle-mounted or stationary) make it ideally suited to a diverse range of operational scenarios.

The Hero-120 is a mid-range, anti-armor loitering munition system which meets the complex requirements of the modern battlefield.  Hero-120 is a high-precision smart loitering munition system with a unique aerodynamic structure that carries out pinpoint strikes against anti-armor, anti-material and anti-personnel targets, including tanks, vehicles, concrete fortifications, and other soft targets in populated urban areas. The Hero-120’s high-precision capability ensures minimal collateral damage. Its wide range of multi-purpose warheads enables the operational user to effectively engage all targets.

The Hero-400 is a long-range, high-precision loitering munition system with a low acoustic, visual and thermal signature that can locate, track and strike static and moving targets with high accuracy, and minimal collateral damage. Precision strike capabilities, extended endurance of up to two hours, and a multi-purpose warhead ‒ including concrete piercing, anti-tank, and anti-personnel that handle different types of targets with exceptional accuracy ‒ enable long-range and versatile missions. Due to its exceptional maneuverability, the Hero-400 provides an advanced mid-air abort capability that enables automatic re-entry into loitering mode, re-engagement, or return to the recovery area using a parachute.