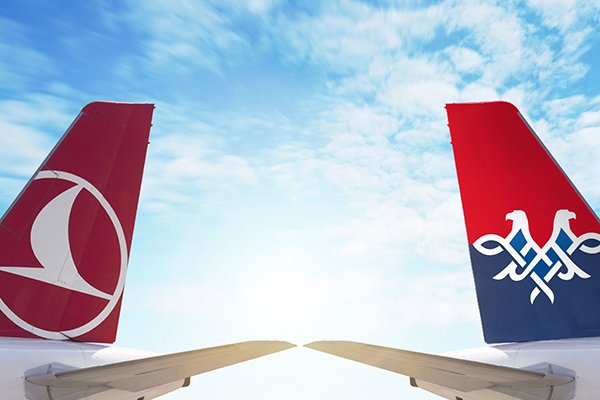 The agreement was officially signed in Doha during 78th IATA Annual General Meeting in the presence of the two companies’ CEOs – Bilal Ekşi and Jiří Marek. With the MoU, the two companies will offer more competitive and more affordable flights between Türkiye and Serbia.

Starting from July, Air Serbia will introduce additional flights on the Belgrade-Istanbul route, growing into 10 flights per week between Belgrade and Istanbul, while Turkish Airlines will allocate wide-body aircraft to this route twice a week. Both parties will boost existing cooperation in terms of codeshare, cargo and Frequent Flyer Program (FFP) while developing cooperation alternatives on passenger lounges in their networks.

During their cooperation so far, the two companies have adopted and upgraded multiple times code-share agreements for flights to destinations within the networks of Air Serbia and Turkish Airlines. Joint flights offer quick and practical connections for passengers travelling out of Istanbul to Belgrade and onward, as well as for passengers travelling from the Serbian capital to Istanbul and onward.