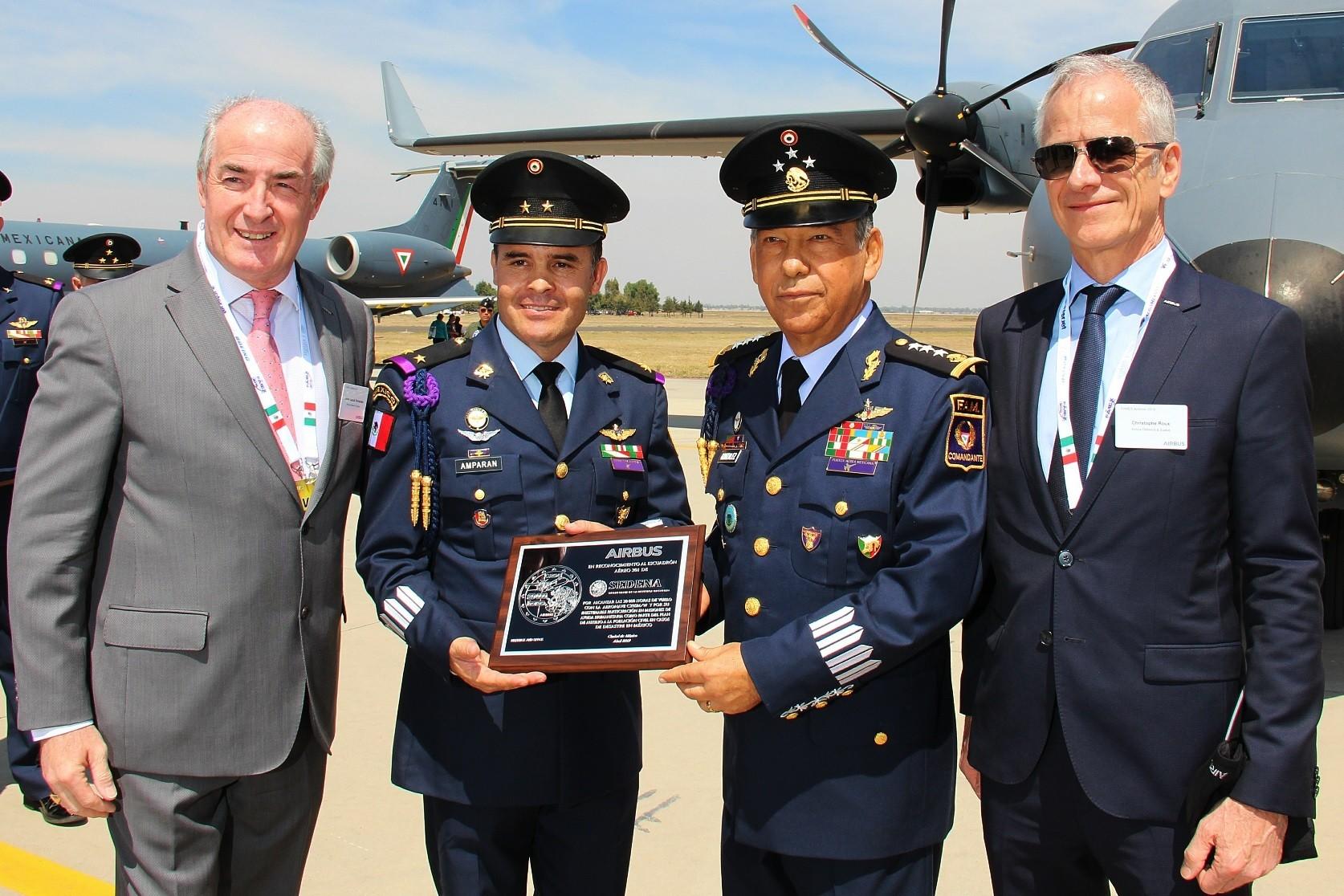 Airbus has recognized the Mexican National Defence (SEDENA) and the Mexican Navy (SEMAR) for their commitment to the local population, in the context of the application of the country’s emergency plans “Plan DN-III-E” and “Plan Marina,” where the forces largely use the C295 and CN235 aircraft as well as H225M Cougar and AS565 MBe Panther helicopters.

The SEMAR CN235 fleet also achieved an important milestone, as it accumulated 15,000 flight hours during the search and rescue and maritime patrol missions. Such missions are also performed by the Mexican Navy with their fleet of 10 ship-borne Airbus AS565 MBe helicopters.

In addition to these milestones, SEDENA was also recognized for its commitment to the C295 MRO Centre in Santa Lucía, that recently celebrated its second anniversary and has logged 11,000 flight hours with their fleet of 12 H225M multi-role helicopters.

“Airbus applauds the outstanding service of the Mexican Armed Forces. We will proudly continue supporting them with our highest performance products and services to ensure they can continue to efficiently assist the Mexican society even in the most critical situations for many more years to come,” said Ricardo Capilla, Head of Airbus in Mexico.