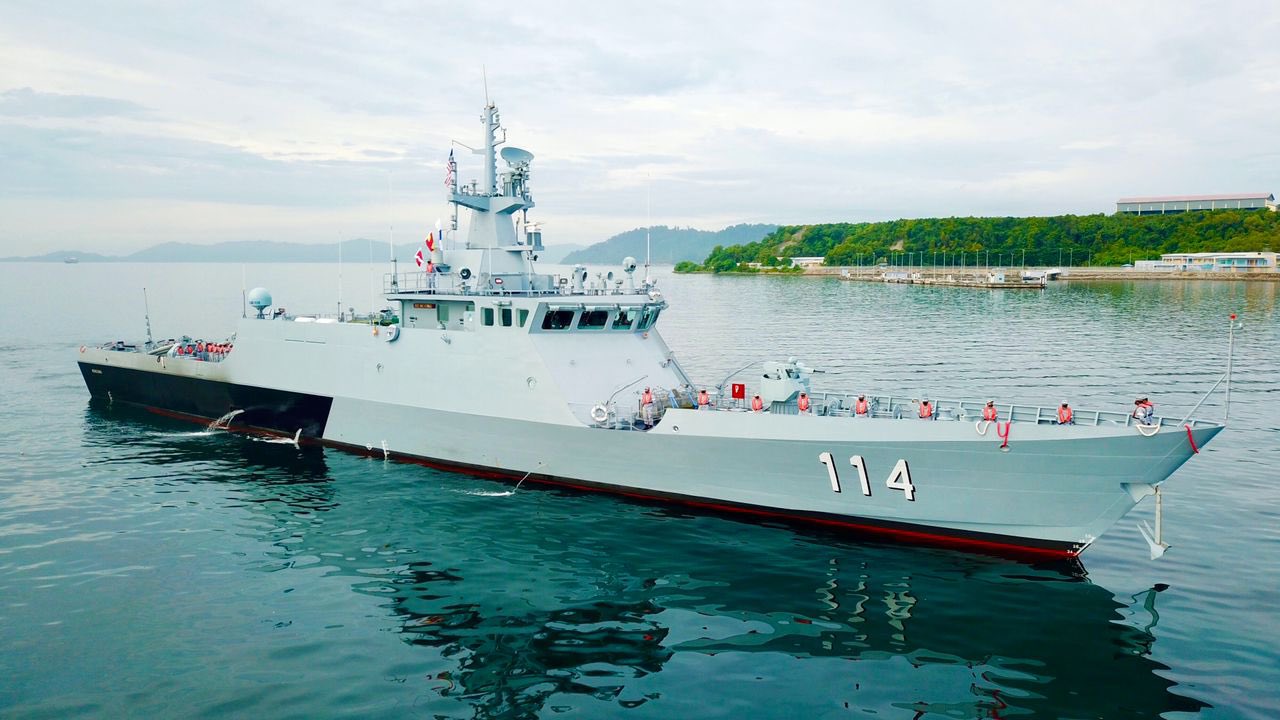 CSOC previously succeeded in winning a contract for the LMS first batch project. The state-owned Chinese company built and delivered four Keris-class LMS between 2019 and 2021, all of which are now in active service.

CSOC will be competing with companies such as Damen of Netherlands, Swiftships from the United States, Fassmer from Germany, Turkey’s STM, and others in the second LMS batch. The RMN has stated that eight ships will be acquired in the currently-running project, with some notable changes compared to the first batch.

While each of the Keris-class patrol ships has a dimension of 69 meters in length, 9 meters in beam, and 700 tonnes in displacement, the RMN has specified that the second batch of LMS ships will be bigger and heavier. Compared to the first batch, the second LMS vessels will also be more heavily armed with anti-ship missiles in addition to a larger caliber main gun and automatic cannons. The ships will likely also be equipped with short-range anti-aircraft missiles although it remains to be seen whether they will also be armed with torpedoes for anti-submarine warfare.

In the MRSS project, CSOC will be competing against offers from Damen, South Korea’s Hyundai Heavy Industries (HHI), Mitsui Engineering & Shipbuilding (Mitsui E&S) of Japan, France’s Naval Group, PT PAL of Indonesia, and others. The project calls for three amphibious transport ships, each between 160 to 170 meters in length, with displacement ranging between 10,000 to 13,000 tonnes.

RMN also specified that each MRSS must be equipped with a hangar and a flight deck to store, maintain and operate up to four medium-size helicopters.