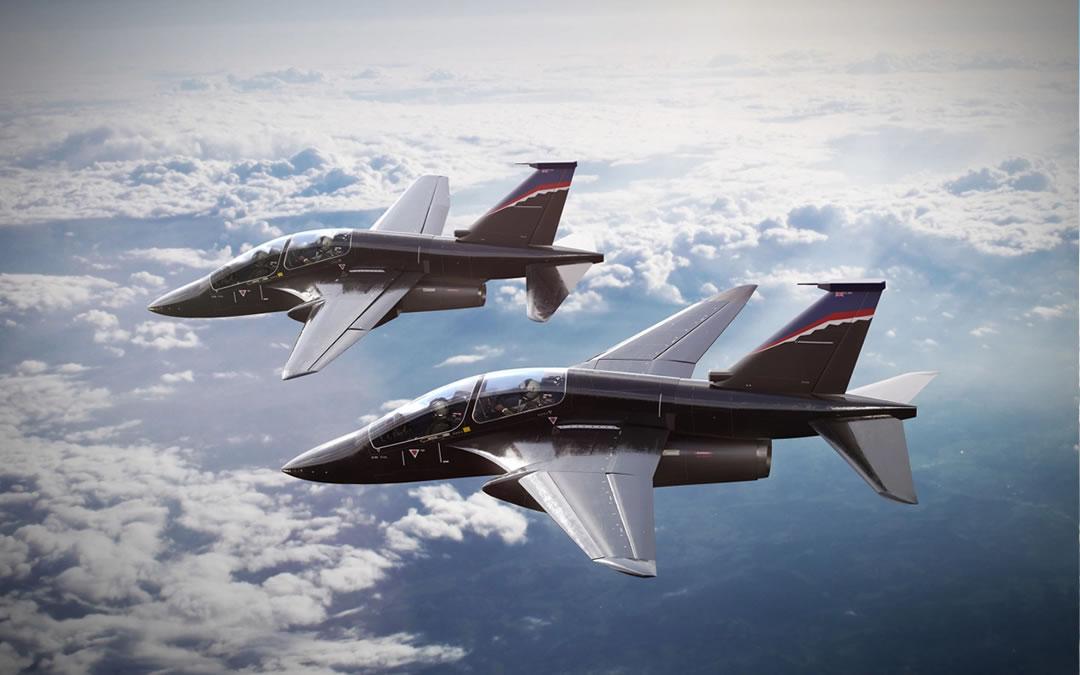 The Emir of Qatar, His Highness Sheikh Tamim bin Hamad Al Thani, unveiled two full-scale replicas of Aeralis modular jets. The unveiling took place on the AERALIS stand and was led by His Highness.

Also present were representatives from Barzan Holdings, senior figures from the Qatari and British Governments and Military, and members of the media.

The Emir of Qatar, His Highness Sheikh Tamim bin Hamad Al Thani, unveiled two full-scale replicas of Aeralis modular jets. The aircraft models are two variants of the modular jet, with a length of 11.3m and a wingspan of 10m.

While one model is fully assembled in the Advanced Jet Trainer configuration and decorated with livery inspired by the Qatari Emiri Air Force (QEAF), the second model is a modular version presented in a semi-disassembled state to demonstrate how the common-core fuselage can form the basis of a number of other aircraft variants.

The replicas were made in the UK and shipped to Qatar specifically for this event. The event follows a successful 2021 for the British jet developer. Last year the company signed a three-year contract with the Royal Air Force’s Rapid Capabilities Office (RCO), as well asCollaboration Agreements with Thales in the UK, Atkins and Siemens.

Aeralis also signed a Memorandum of Understanding with Rolls-Royce to explore initial and future options to meet the company’s propulsion requirements. In 2021 Aeralis also signed an investment agreement with Barzan Holdings of Qatar, who have provided initial investment to support Aeralis in the preliminary design phase. Aeralis’s founder & CEO Tristan Crawford remarked:

“IT WAS AN ENORMOUS PRIVILEGE TO HAVE HIS HIGHNESS ATTEND THE UNVEILING OF OUR STAND AT DIMDEX TODAY. HIS PRESENCE HERE SIGNIFIES OUR COMMITMENT TO THIS REGION, AS WELL AS TO INDUSTRY AND GOVERNMENT IN QATAR, AND WE ARE ENORMOUSLY PLEASED TO BE ABLE TO PRESENT A TANGIBLE VISUALISATION OF OUR CUTTING-EDGE MODULAR JET.”