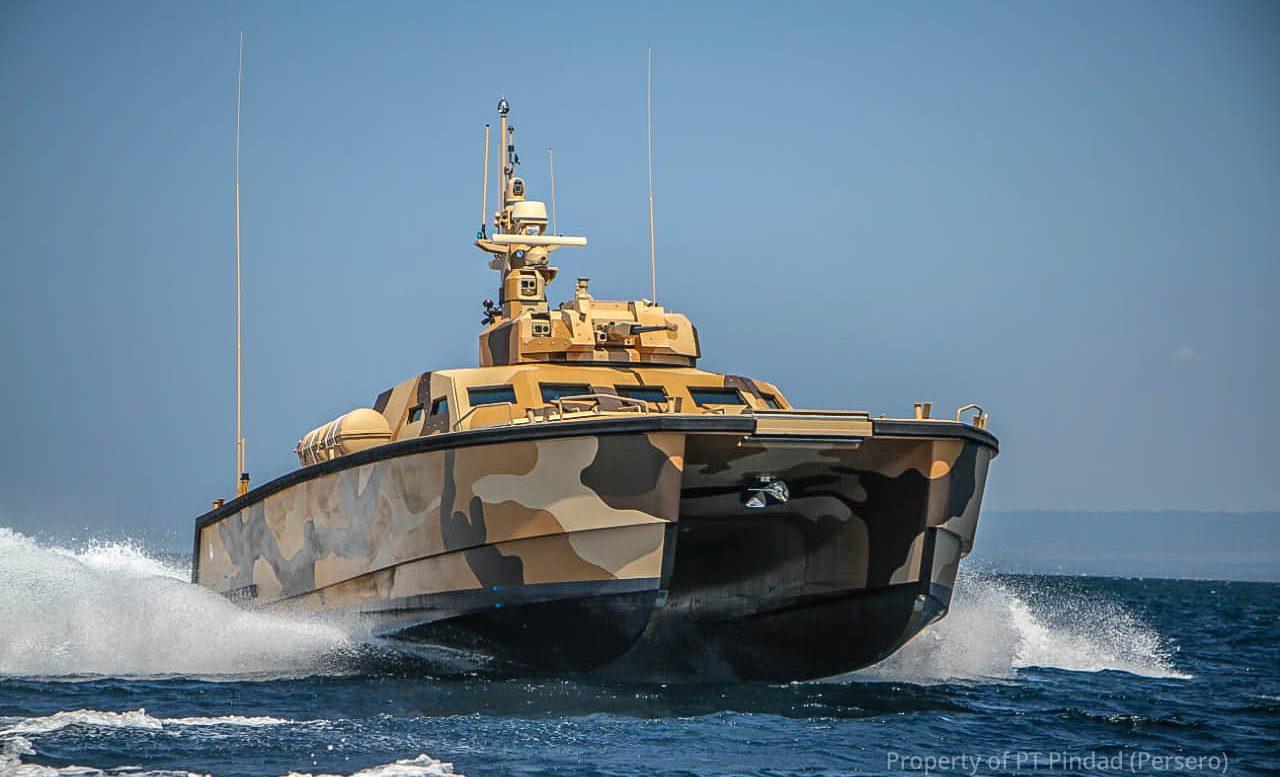 The final tests, which were performed in the sea off the coast of Paiton, East Java, on May 22, saw the boat cruising at high speed from its berth in Banyuwangi harbor to the target area,  conducting firing tests on a floating target and returning to its starting place for a total range of about 170 nautical miles.

After the series of tests and evaluation from the Indonesian Ministry of Defence, it is expected that the Indonesian military will order a number of the boats to be deployed to support their operation in the ‘swamp, sea, river and coastal’ area (abbreviated as “ralasuntai” in Indonesian). While the Indonesian Army (TNI-AD) is posed to be the first user of the boat, the platform is also adaptable to fit the needs of Indonesian Navy (TNI-AL) and Indonesian Coast Guard (Bakamla).

With a capacity to transport up to 60 personnel, the “Tank Boat” is armed with a John Cockerill Defense’s (JCD) 3030 remote controlled turret housing a 30 mm cannon and a 7.62 mm coaxial gun. Owing to its catamaran construction, the boat can reach a maximum speed of 40 knots and has a shallow draft of about 1 meter deep which makes it suitable to be used to deliver troops right on the coast.

With a maximum range of 600 nautical miles, the tank boat can also be used as a high speed interceptor as well as patrol boat within Indonesia’s littoral zone. Furthermore, the boat can be equipped with a ‘Rigid-Hull Inflatable Boat” or RHIB for infiltration or boarding purposes as well as an Unmanned Aerial Vehicle (UAV) for reconnaissance.

A joint project between PT PINDAD, PT Lundin, PT LEN and PT Hariff, the boat was first revealed as a full size mock-up during Indodefence 2016 in Jakarta. While the first prototype is armed with a 30 mm cannon turret,  the version with a 105 mm cannon, as shown at the Indodefence show,  as well as a missile carrier version are still in the works.