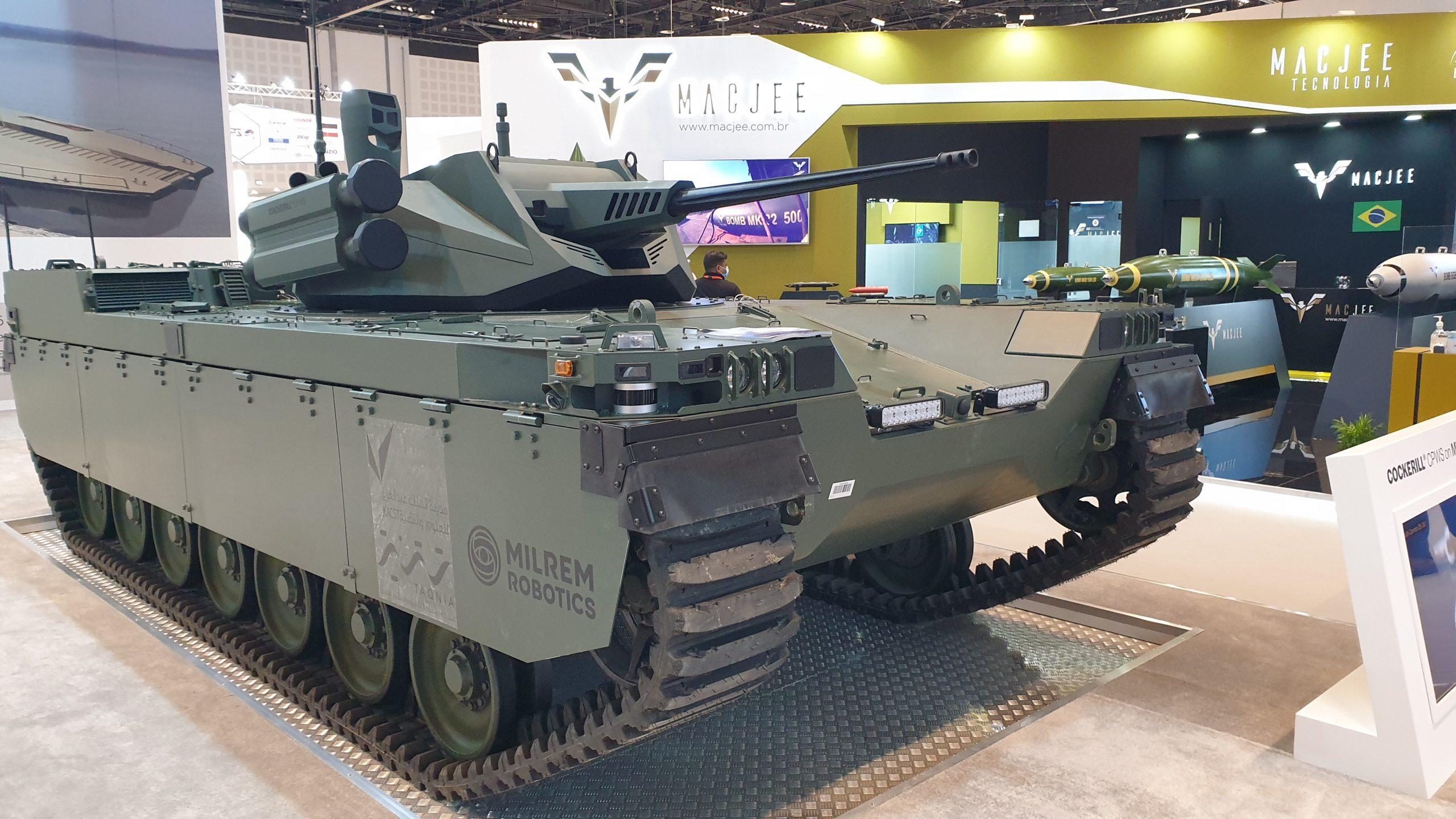 The Type-X Robotic Combat Vehicle from Milrem Robotics fitted with John Cockerill’s CPWS II turret made its international debut on the inaugural day of IDEX 2021.

“Exhibiting the Type-X for the first time at IDEX 2021 is a symbolic step as the system has been specifically designed for the region’s requirements,” said Kuldar Väärsi, CEO of Milrem Robotics.

The low profile and lightweight turret can accommodate a cannon up to 50mm as well.

“The Type-X provides means to engage the enemy with minimal risk to own troops. Replacing a lost RCV instead of trained soldiers is purely a logistical nuance,” added Väärsi.

The Type-X will be capable of taking on the most dangerous tasks and positions and is designed to support mechanized units as an intelligent wingman to main battle tanks and infantry fighting vehicles.

The 12 tonne vehicle is capable of a maximum speed of 80 km/h on paved roads and 50 km/h off-road.

The Type-X will feature Milrem’s new and innovative approach to allow remote controlled operations on higher speeds and will also be equipped with intelligent functions such as follow-me, waypoint navigation and obstacle detection with Artificial Intelligence part of the algorithms.

Milrem Robotics’ THeMIS Unmanned Ground Vehicle has been acquired by eleven countries, including seven NATO members: the Netherlands, Germany, Estonia, France, Norway, the UK, and the US.