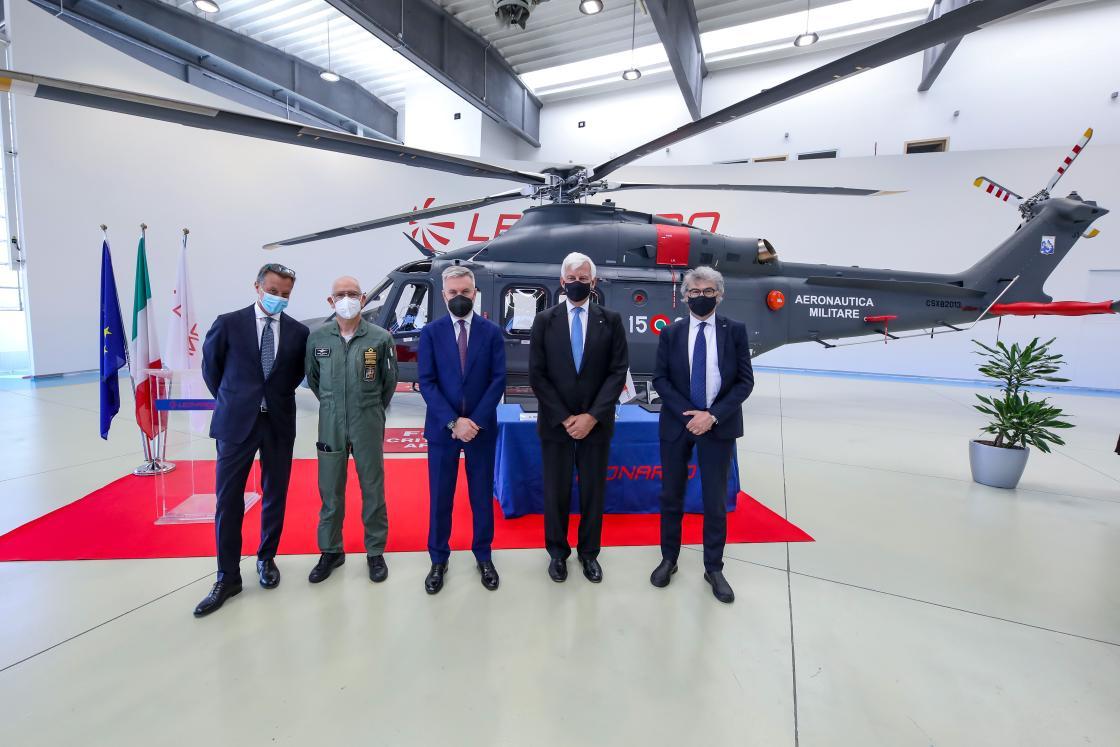 Leonardo has delivered HH-139B helicopter, a dedicated Air Force variant of the AW139 type, to the Italian Air Force.

The HH-139B will be used for a wide range of missions including SAR – Search and Rescue, fire-fighting, Slow Mover Interceptor.

“National sovereignty, from a military and technological point of view, is preserved today also thanks to this level of excellence and to the synergies among institutions, defence and industry,” said Italian Minister of Defence Lorenzo Guerini. “Italy has prime industrial capabilities and Leonardo symbolises a nation, which can leverage a top world-class Aerospace, Defence and Security industry.”

“The HH-139B is an iconic product fully representative of national industry’s technology excellence and international competitiveness,” said Alessandro Profumo, CEO of Leonardo. “The facility in Vergiate – the largest Leonardo helicopter final assembly line with more than 1,000 employees – shows outstanding rotorcraft capabilities in terms of products, manufacturing processes, and professional skills, and is able to maintain Leonardo and Italy at the forefront of innovation in an increasingly strategic and highly competitive sector.”

Over 1,200 AW139s have been sold to more than 280 customers in over 70 countries, including more than 80 for Italian government operators (Air Force, Guardia di Finanza, State Police, Coast Guard, National Firefighting Department and Carabinieri), plus emergency medical service operators. The helicopter model benefits from advanced digital technology solutions, for both flight and missions as well as training (pilots and maintenance technicians) and support.

The helicopter’s satellite navigation and synthetic vision system has 3D representations of the external environment on cockpit displays even in poor visibility conditions, advanced collision avoidance and proximity systems, mission sensors and an automatic flight control system, which is able to assist the crew during SAR and hoisting in harsh environmental and weather conditions. The AW139 also features modern predictive maintenance and diagnostics solutions allowing accurate, rapid assessment and data processing on the health and usage of aircraft components.