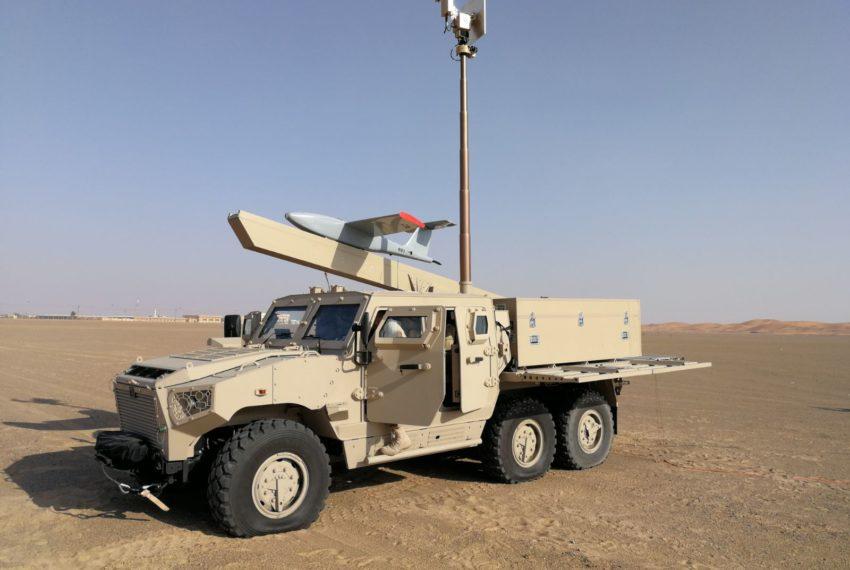 Polish technological firm WB Group is offering its new Warmate 2, an upgraded version of the unmanned strike system, to countries in the Middle East and North Africa region.

The much bigger and mightier Warmate 2 adds more impact power and flight endurance to the precision and swiftness of it earlier version.

The combat Air Vehicle (AV) provides a highly accurate strike capability with an anti-personal, anti-tank or thermobaric warhead. The addition of a daylight and thermal camera (uncooled IR), integrated in the fuselage allows for automated targeting and the assessment of a target before finalizing a strike, a company official said.

The AV is catapult launched and ruggedized, vehicle mounted ground station controls the operation of the air vehicle. Each Warmate 2 AV is stored and transported in dedicated hard case, which allows to charge onboard batteries without pulling AV out.

Warmate 2 is designed to be integrated with the vehicle, therefore all ground segment devices are optimized for integration and operation on ground vehicle.

The ground segment comprises a ground control station (GCS) that is a ruggedized, touch screen computer that allows the user to control the AV and view visual data, and a data transceiver, which is a digital and bidirectional, ground data terminal (GDT), secured datalink that allows for the transmission of flight controls from the GCS to the AV.

“Users can easily set and modify flight plans using the user-friendly software installed on the GCS. Realtime data from the AV is displayed on the same screen as a map detailing the location, speed, and altitude of the AV,” the official said.

One ground vehicle contains 2 GCS devices. First one is for the operator to control the AV, second is for commander to supervise ongoing operation.

The air vehicle takes off from the vehicle mounted, elastomer launcher.