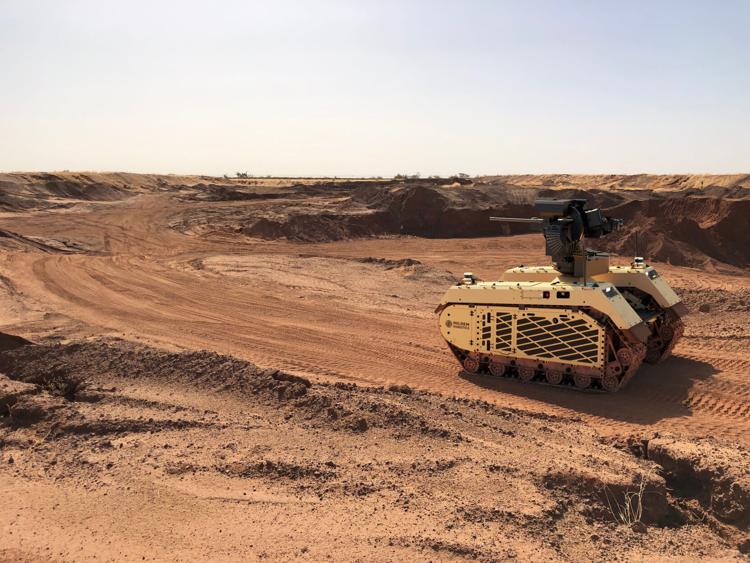 MSI-DSL is a developer of leading-edge weapon and underwater systems while Milrem Robotics is an European robotics and autonomous system developer.

“There has been an increase in the usage of drones and loitering munition against various military targets,” said Captain (res) Jüri Pajuste, Defence Research and Development Director at Milrem Robotics. ” The employment of this type of equipment has made low-level conflicts more lethal. Utilizing unmanned ground systems with intelligent functions to counter these new threats helps increase force protection, provide flexibility to tactical units to engage aerial and land targets, and ultimately reduce loss of life.”

“MSI-DSL and Milrem are committed to providing ‘cutting edge’ capabilities to the operator providing a highly deployable system with unique lethality and survivability,” said Brigadier Haydn White RM (Ret), Senior Military Adviser at MSI-DSL. “The autonomous nature of the system enables the operator to Sense, Identify, Decide and Effect over a wide area without placing the operator in areas of undue risk.”

The highly mobile, unmanned C-UAS systems can carry payloads from 7.62 to 30 mm including the Northrop Grumman M230 cannon and Thales LMM missiles. It will be able to find and engage larger air threats as well as ground targets, even if armoured. All without the operator being exposed to threats.