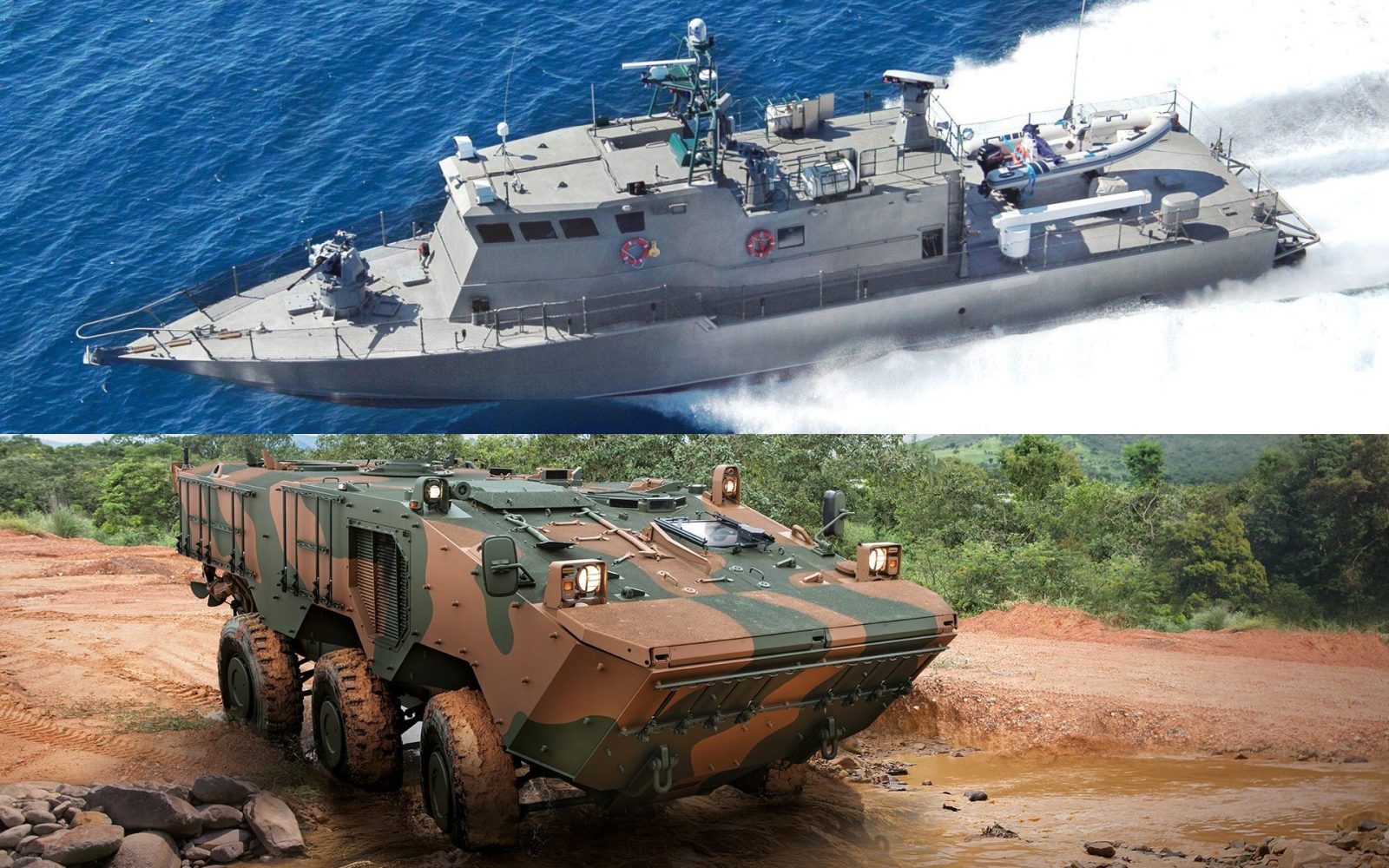 The Philippine Army and Navy are expecting to receive the first batches of military equipment delivery for each of both branches within the next few months.

As part of the “Horizon 2” phase in the Revised Armed Forces of the Philippines Modernization Program (RAFPMP), the Philippine Army (PA) has ordered 28 IVECO Latin America Guarani 6×6 Armored Personnel Carrier (APC) from Elbit Systems in February 2021. Five of the first amphibious APCs for the PA have been handed over to the Israeli company earlier this month where they will be integrated with Elbit Systems’ Battlefield Management Systems (BMS) and other electronics prior to the delivery.

Aside from the new APCs, the PA is also expecting to receive the delivery of 20 Sabrah ASCOD light tanks this year, and 10 Sabrah Pandur 8×8 (wheeled) light tanks in 2023. Both armored vehicle types were ordered from Elbit Systems in January 2021.

Meanwhile, the Philippine Navy (PN) is currently awaiting two of nine Shaldag Mk V patrol boats it ordered from the Israel Shipyards to be delivered soon. Ordered in July 2021, two of these boats have been launched in Israel last month and currently undergoing trials. Under the contract, Israel Shipyards will build five Shaldag Mk V in its facility in Haifa, and the rest will be built in the PN’s Cavite Naval Yard.

These patrol boats will be classified as “Lolinato To-ong-class” in the Philippines and are part of the Fast Attack Interdiction Craft with Missiles (FAIC-M) acquisition project in the RAFPMP.

In recent months, the three branches of the Armed Forces of the Philippines (AFP) have started receiving or putting new orders for new equipment. The PA received 12 ATMOS truck-mounted 155 mm Self-Propelled Howitzers (SPH) from Elbit Systems in late December 2021, the same month when the Philippine Department of National Defense (DND) awarded a contract for two 3,100 tonnes missile corvettes to Hyundai Heavy Industries (HHI) of South Korea.