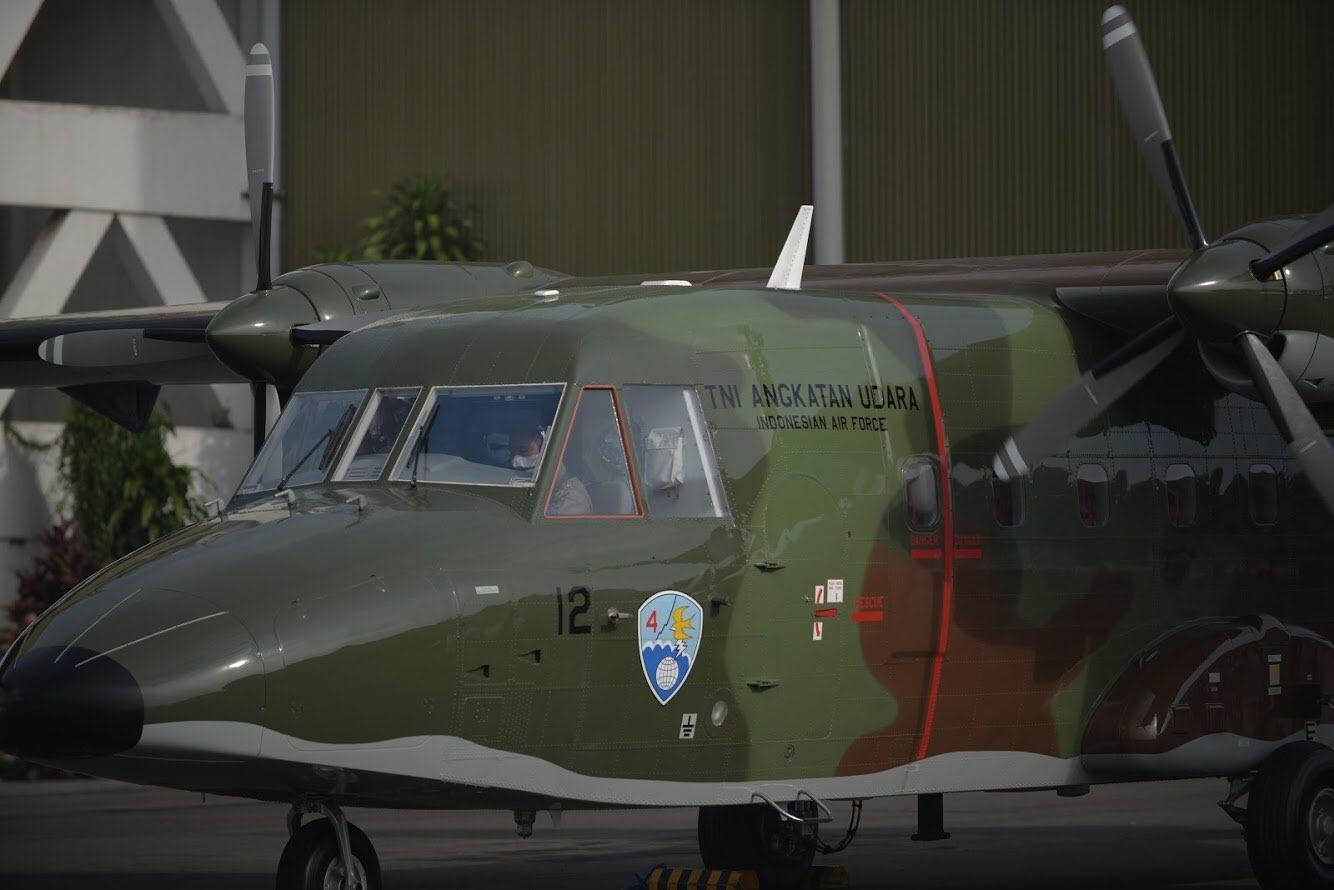 The new aircraft was flown directly from  Bandung, West Java to its new home at Abdulrahman Saleh Air Force Base in Malang, East Java on Tuesday.  It is the first of four in troop transport configuration while the remaining ones will be built as aerial photo or surveillance and training versions.

The contract for the helicopters was signed between PTDI and the Indonesian Ministry of Defence in December 2017. The NC-212i is a further development of Spain’s CASA C-212 Aviocar, a helicopter that was built by PTDI in Indonesia as NC-212 since 1976. Between 2004-2008, PTDI became the sole producer of the NC-212 after all the jigs and manufacturing facilities of the C-212 were transferred from Spain to Indonesia.

“Of the nine aircraft, four are available in troop transport configuration, four in aerial photo configuration and artificial rain, and one aircraft in navigation training configuration,” said M. Ridlo Akbar, the PTDI Director of Production.

Able to carry 25 fully equipped paratroopers, the NC-212i is also capable of transporting up to 2.8 tons of cargo. The 16.5 meters long and 6.6 meters tall aircraft has a wingspan of 20.28 meters and is powered by two Garrett AiResearch TPE331-10R-513C turboprop engines, each paired with a four-bladed Dowty Rotol propeller. The aircraft has 370 km/h maximum speed with economical cruise speed of 300 km/h, 26,000 ft service ceiling and maximum range of 2,680 km.

PTDI is the Indonesian state owned enterprise in the aircraft manufacturing sector. It has produced and sold 117 NC-212s, some of them exports to countries such as Thailand, Vietnam and the Philippines.