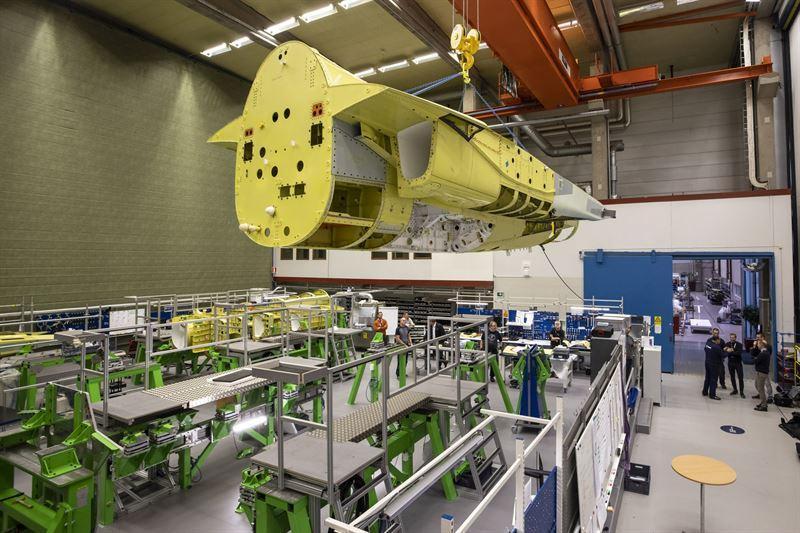 Saab has announced the shipment of its first aft airframe section to Boeing for the T-7A Red Hawk programme.

This 15 April 2021 shipment was from Saab’s Linköping site in Sweden to Boeing in St. Louis, Missouri, USA.

According to the Swedish airframer, this is a key delivery in the Engineering and Manufacturing Development (EMD) programme to its T-7A Red Hawk advanced trainer aircraft partner, Boeing.

The aft fuselage was designed and built by Saab, under the T-7A partnership with Boeing. Upon arrival in St Louis, the Saab aft section will be spliced to the forward fuselage, prior to installation of the wings, fins and tail assembly to become a complete static test airframe.

This airframe will be used for structural testing on the ground during the EMD phase of the programme.

On completion of the EMD production phase, Saab’s brand new facility in West Lafayette, Indiana, USA will undertake Saab’s production of the aft sections for the T-7A programme.

“The T-7A Red Hawk represents a remarkable engineering feat of aircraft development; all achieved through excellent collaboration with Boeing and the use of digital engineering and advanced manufacturing. It has been extremely rewarding to pioneer this accelerated development timeline and to deliver the resulting accuracy, visibility, and communication into production,” said Jonas Hjelm, Senior Vice President and head of Saab business area, Aeronautics.

The T-7A Red Hawk is an all-new advanced pilot training system designed for the U.S. Air Force to train the next generation of combat pilots for decades to come.

The aircraft has benefited from Saab and Boeing’s “breaking the norm” approach to military aircraft design, engineering and production, which saw the preceding T-X aircraft go from concept to first flight in just 36 months.