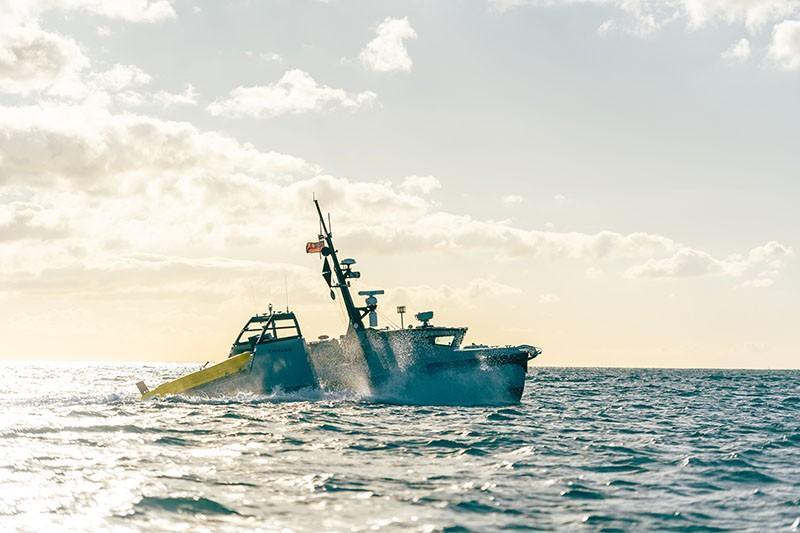 The U.K and France will jointly develop autonomous mine-hunting systems that will help detect and neutralize sea mines around the world, especially in the Gulf and off Libya.

Britain has announced a £184 million (US$245.6 million) investment in the joint Maritime Mine Counter Measure (MMCM) programme.

“This £184 million contract offers a huge leap forward for the Royal Navy’s autonomous capabilities in the detection and defeat of sea mines,” said British Defence Secretary Ben Wallace. “As the Armed Forces puts modernization at the heart of its future strategy, these systems will protect vital shipping lanes, commercial traffic and our brave personnel from these deadly devices. The programme also underpins a deep and ever-strengthening relationship with France and marks the tenth anniversary of the Lancaster House treaties between our two nations.”

The Royal Navy maintains strategic mine-hunting defence forces in the Gulf since the location around the Gulf of Aden is of strategic importance to Britain. The Royal Navy says 95% of Britain’s economic activity depends on the sea and a vast amount of global trade passes through the choke point of the Bab al-Mandeb Strait.

The Royal Navy has been the world leader in mine countermeasures, having been regularly called upon to deal with mines and other historic ordnance, left over from the Second World War, around the United Kingdom. Presently under Operation Kipion, the Royal Navy maintains four British ships, the mine-hunting vessels HMS Penzance, HMS Chiddingfold, HMS Shoreham and HMS Brocklesby in the Middle East.

Britain has kept the four-strong mine-hunting force in Bahrain for more than a decade. Royal Navy mine-hunters HMS Chiddingfold and HMS Penzance replaced sister ships HMS Blyth and HMS Ledbury in September 2020. They use highly trained mine clearance divers and SeaFox, an unmanned mine disposal system. However, the Royal Navy’s existing mine-hunting fleet is expected to go out of service in the next decade. The U.K government’s effort is to replace the vessels with new autonomous technology.

Sea trials of the new autonomous systems conducted on the French and British coasts this year have proved the autonomous vehicles’ capability to hunt sea mines.
Following the successful demonstration phase and trials completed in October 2020, the new contract will produce three sets of mine-hunting equipment, consisting of an autonomous vessel, (a boat controlled and operated from a “mother ship/base”) a towed sonar (a sonar which is towed/dragged behind the vessel to locate ordnance) and a mine neutralisation system( which is a remotely operated underwater vehicle, that can be used once the mine is located to neutralise the device and prevent its detonation).

“When used together, these three elements are known as the Primary System,” said First Sea Lord Admiral Tony Radakin. “This will allow us to deliver mine-hunting more effectively, more efficiently and more safely. The next-generation mine hunting capability is designed to potentially replace conventional crewed mine hunting vessels, such as the Royal Navy’s Hunt and Sandown class ships, with autonomous systems,”

The first equipment sets are due to be delivered in late 2022. It will commence operational evaluation prior to entering service with the Royal Navy.

Both nations are deployed around the world together in places such as the Middle East combating Daesh and in Estonia as part of NATO’s Enhanced Forward Presence. In Mali, three RAF Chinooks and 100 UK personnel are deployed in a non-combat role in support of French counter-extremist operations.

The contract will support 215 jobs across the U.K at Thales sites in Somerset and Plymouth, as well as in the wider supply chain, including L3 Harris in Portsmouth, Stonehaven in Aberdeenshire and Alba Ultrasound in Glasgow. The investment follows the substantial £16.5 billion settlement in the Spending Review for Defence over four years that will modernize the armed forces.