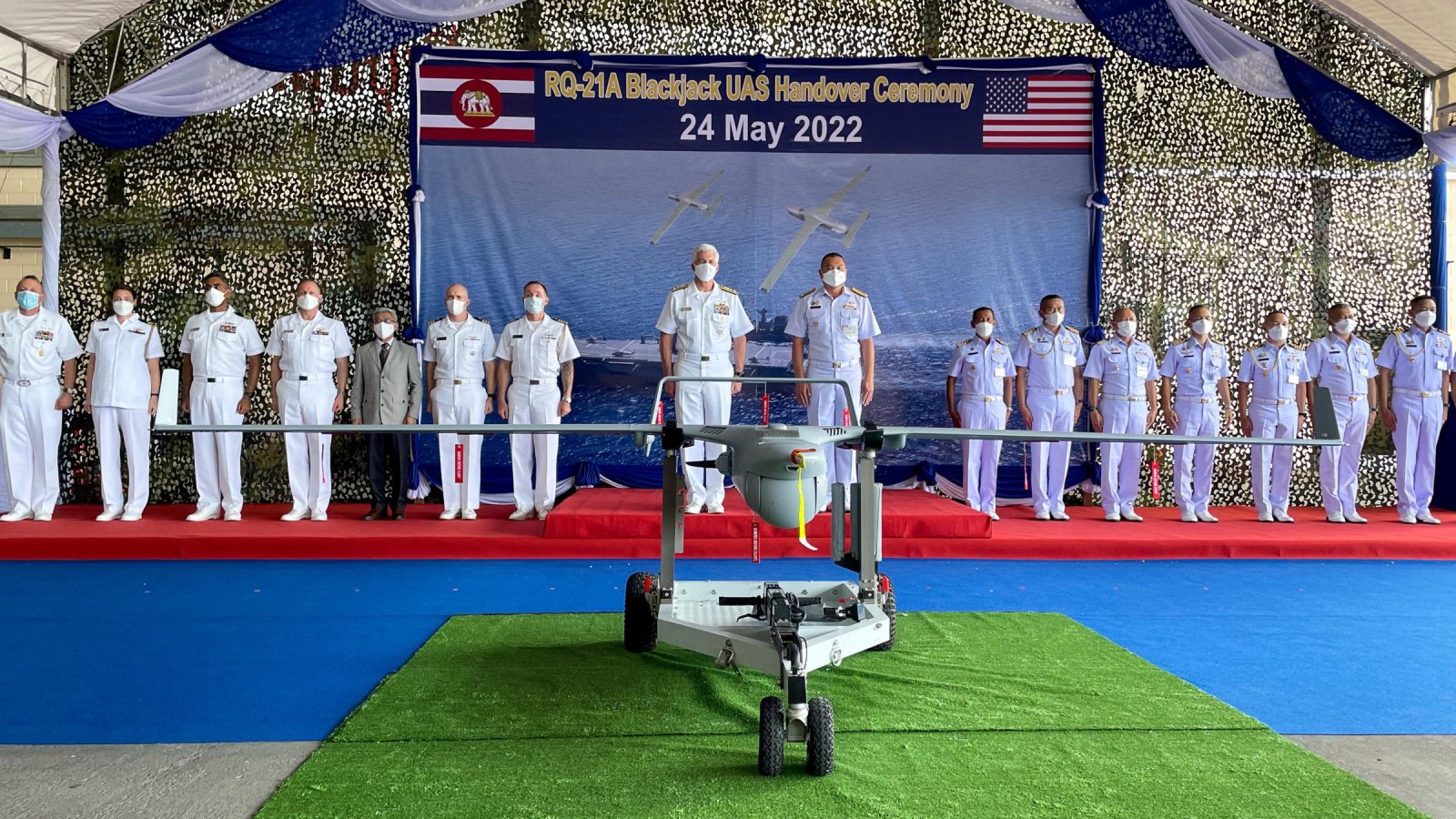 The United States Navy (USN) has formally handed over RQ-21A Blackjack Unmanned Aircraft System (UAS) to the Royal Thai Navy (RTN) in a ceremony held in Bangkok on Tuesday (24 May).

Ordered in November 2020 and Funded via the United States’ Indo-Pacific Maritime Security Initiative (MSI) program, the UAS which consists of five aircraft, two ground control stations, and launch and recovery equipment was received by the RTN in December 2021 and is now operated by the service’s 104 Air Squadron. The arrival of the UAS also marked Thailand as the first RQ-21A user in the Asia-Pacific region.

Manufactured by a Boeing subsidiary Insitu Inc., RQ-21A Blackjack is a Small Tactical Unmanned Air System (STUAS) first introduced in 2014. It can be launched from land or a ship by utilizing a rail launch and a “skyhook” recovery system. Formerly called “Integrator”, the UAS is a twin tail boom monoplane with a dimension of 2.5 m length, and 4.8 m wingspan.

Aside from the United States Navy and the United States Marine Corps (USMC) as its users, the UAS also has been exported to six other countries. In the Southeast Asia region, other than the Royal Thai Navy as its current operator, the Royal Brunei Air Force is also expected to receive and operate the system for the service’s maritime security surveillance role in the near future.