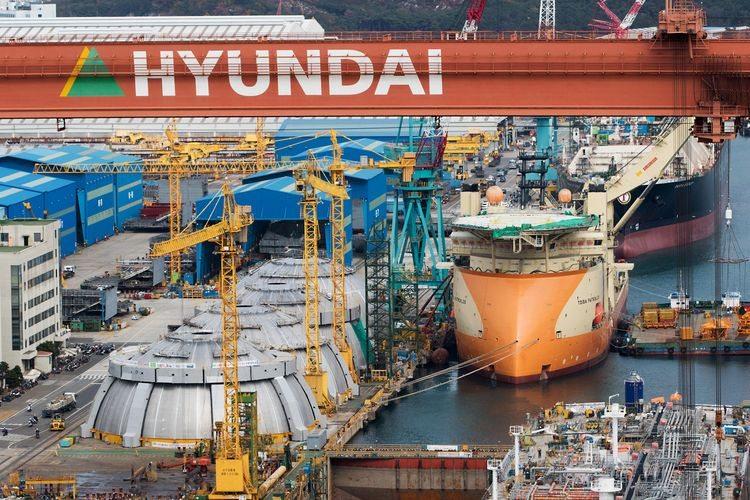 The opening day of the inaugural World Defence Show in Riyadh was a big one for South Korean shipbuilder Hyundai Heavy Industries (HHI).

In addition to unveiling the HDF-3800SA frigate, HHI signed an MoU with IMI, a local shipyard, as part of it efforts to target the Saudi warship market. The company is showcasing as many as 10 models of naval vessels at the event.

The HDF-3800SA has a length of 120 meters, a beam of 15 meters and a displacement of 3,800 tons. Capable of anti-air, anti-surface, anti-submarine and electronic warfare missions, the frigate has been designed keeping in mind modern military requirements. HHI intends to build part of the vessel at IMI, a local shipbuilding partner in Saudi Arabia.

Dr. Abdullah Alahmari, President and CEO of IMI, was among those who attended the signing of the MoU between HHI and IMI for cooperation in the Saudi naval ship business. “We will continuously develop state-of-the-art naval vessels that can pave the way for the future defense market in the Middle East beyond the Saudi by actively utilizing the needs of the international navies and our shipbuilding technology,” said Moonyoung Park, HHI’s Executive Vice President.

HHI has met with major commercial success of late. The company signed a contract last year for two 3,100 ton-class corvettes for the Philippine Navy.