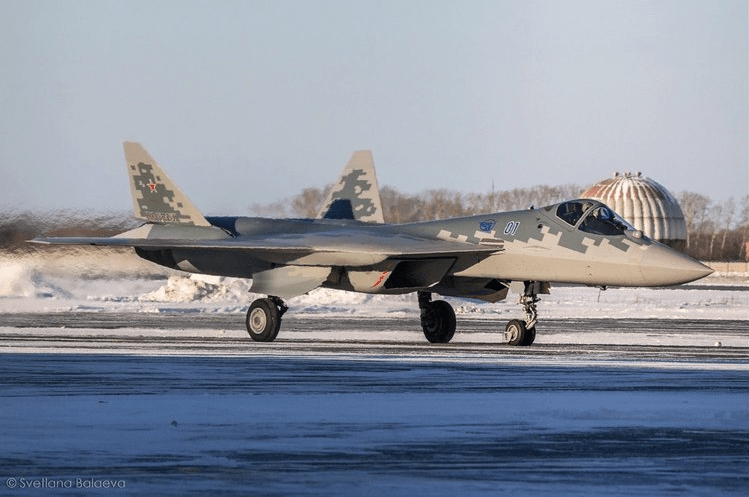 The delivery is part of the contract to supply the Russian Army with 76 Su-57 fighters by 2028.

“The first serial production of the fifth generation was manufactured and handed over to the Russian Ministry of Defence under the state contract for the supply of 76 aircraft,” announced the PJSC United Aircraft Corporation (UAC), part of Rostec, in a press release.

UAC has also shared a video of the production and the tests. The video shows he jet emerging out of a hanger and its manufacturing process in Russia’s Akhtubinsk Air Base test center.

Three heavy military transport aircraft Il-76MD-90A were also handed over to the customer. One of the new Il-76MD-90A has been named after its creator, aircraft designer Genrikh Novozhilov. The delivery of the aircraft took place at the Ulyanovsk-Vostochny airfield complex on Jan.29.

Su-57 was developed by the Sukhoi company (part of the UAC) and is produced at the Komsomolsk-on-Amur Aviation Plant (KnAAZ). The jet is Russia’s fifth-generation single-seat twin-engine supersonic stealth fighter, which is designed to destroy all types of air, ground, and sea targets, in long-range and close combat with air defense systems.