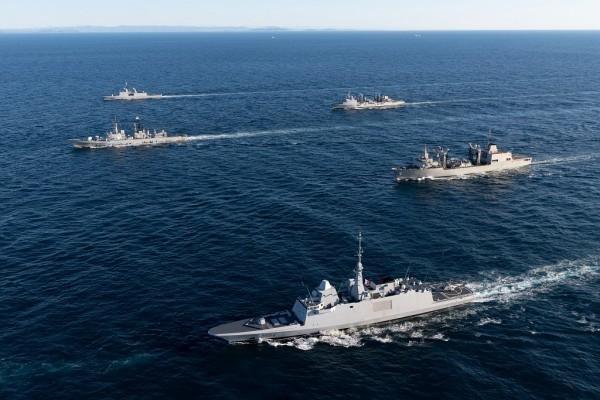 The French armed forces participation at Euronaval, highlights the important role played by it, for the nation’s defence industry. As a result, the French Govt has been placing orders to ease the consequences of the health crisis and render increased assistance to highly specialised defence firms which are essential to its economic and strategic sovereignty.

This has led to strong participation of the French armed forces at the ongoing Euronaval.  This latest edition marks the presence of a new major player in naval aeronautics: the Aeronautical Maintenance Department (DMAé). Created by a decree of April 18, 2018, the DMAe a major ambition to improve the performance of maintenance ac AERONAUTICS armies in general, and particularly naval aviation.

The new generation Carrier Strike Group (GAN) and its various escorts will be in the spotlight this year. Among the escorts of the Charles de Gaulle aircraft carrier  ,   the Suffren-  type  nuclear attack submarine (SNA) designed as part of the Barracuda program, the Defense and Intervention Frigates (FDI) as  well as  the Force Supply Building (BRF)  of  the FLOTLOG program , designed in cooperation with Italy.

In other strategic areas, materials developed or under development will also be presented on the stand such as the  Anti-Marine Warfare System of the Future (SLAM-F) program  developed for the benefit of mine warfare, in collaboration with the United Kingdom ; Oceanic and Overseas Patrollers  (POM) employed in the context of sovereignty missions; or the  Air Drone System for the French Navy (SDAM)  which provides better knowledge of air and sea space.

“The Ministry of the Armed Forces is investing in preparing for the future thanks to an ambitious innovation policy, guaranteed by the preservation of the Military Planning Law (LPM) 2019-2025 . The LPM confirms the commitment of the President of the Republic to increase the defense budget to 2% of GDP by 2025 and provides, in total, 295 billion euros over the period 2019-2025. Both virtual stands ministry illustrate,  at  the time, the implementation of these commitments and the ministry’s innovation policy è re,” a French Ministry of Defence release states.

French defence industry is supported in particular by  the Defense Innovation Agency  (AID), innovative programs combine many cutting-edge technologies and guarantee France’s strategic autonomy as well as the operational superiority of the French  Navy  in operation.