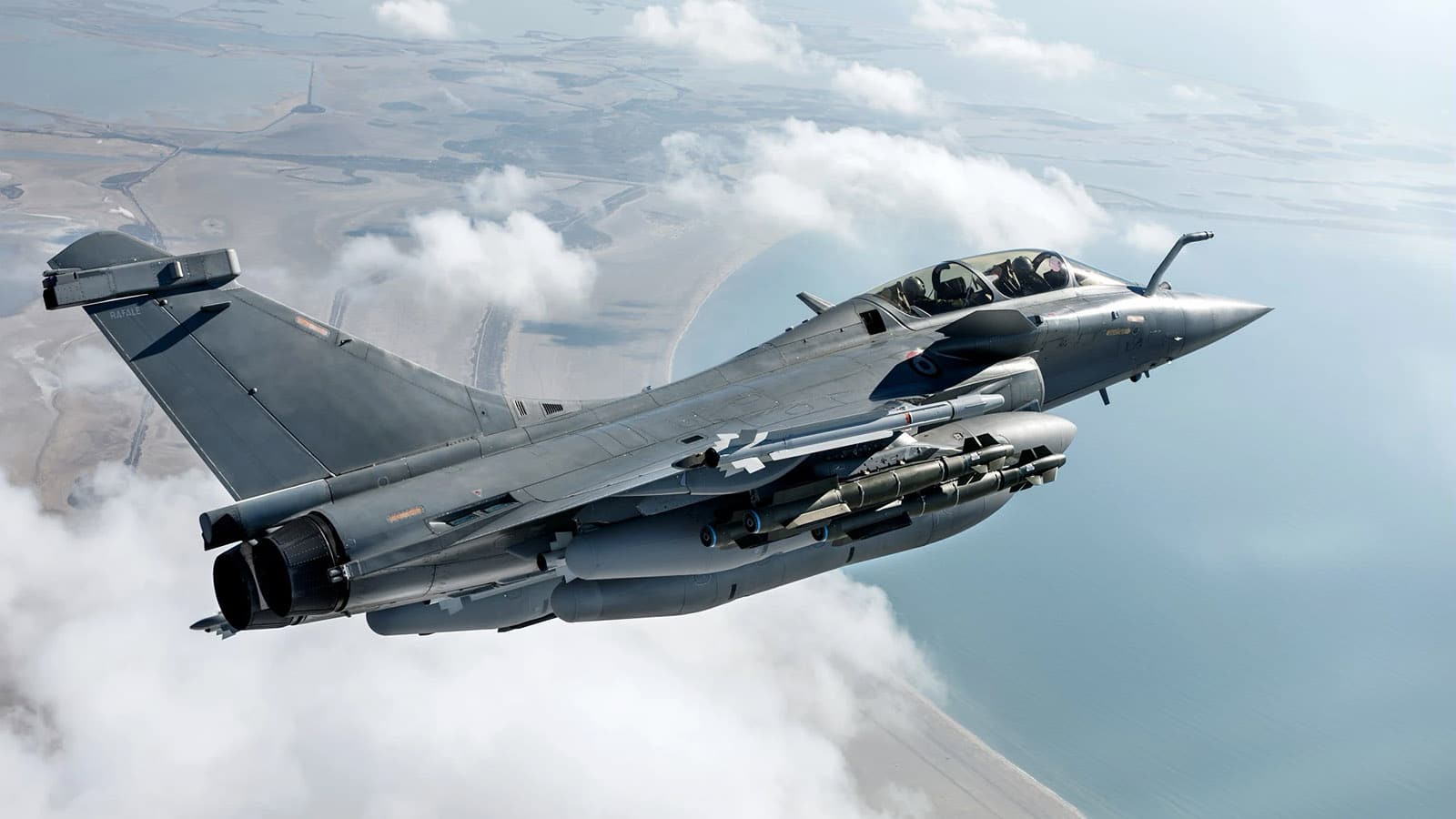 Greece will buy 18 Rafale fighter jets and four new multi-role frigates as the country unveils a “robust” arms purchase program amid heightened tensions with Turkey in the Eastern Mediterranean.

Announcing “six emblematic decisions that multiply the power, functionality and effectiveness of Greek weapons” Prime Minister Kyriakos Mitsotakis said, “The time has come to reinforce the armed forces … these initiatives constitute a robust programme that will become a national shield.”

As per the procurement programme, the Hellenic Air Force will immediately acquire a squadron of 18 Rafale fighter jets that will replace older Mirage 2000 fighters. “These are fourth generation superior aircraft that “strengthen Greek deterrent power in combination with the modernized of F-16,” Mitsotakis said.

The Hellenic Navy is buying four new multi-role frigates, while at the same time, it will modernise and upgrade four existing MEKO frigates. Mitsotakis didn’t give any details but said several countries were looking at the tender for their own shipyards, or design bureaus. The new ships will also be accompanied by four MH-60R (Romeo) naval helicopters, he added.

The arsenal of the three branches is being enriched as a whole. New anti-tank weapons are immediately provided for the Army, new heavy-duty torpedoes for the Navy. New guided missiles for the Air Force. “The doctrine is every weapon system will be active throughout its lifespan, as it should and where it is needed,” the prime minister said.

Mitsotakis also announced the recruitment of 15,000 men and women for an initial five-year period. At the same time, the whole framework of military service and training is being re-evaluated, so that recruits can acquire certified skills for free.

The re-activation of Greek defence industry was also announced. Already in the Elefsina shipyards American funds are being invested in their modernization. A strategic investor will soon enter the Scaramanga shipyards. The tender process was completed, the privatisation of ELVO – Hellenic Vehicle Industry SA will be completed in the immediate future and the Hellenic Aerospace Industry has been reorganised into an aircraft maintenance center for the wider area.

The Armed Forces are enhancing their digital operations, as well as their protection against hybrid-type cyber-attacks. At each of their operational levels, modern systems are installed that ensure a secure flow of information and therefore timely mobilisation.

Prominent new developments in the field of Defence and Security linked to the prospect of revitalising the Greek and European defence is the focus of the 1st International Defence Industry, Systems and National Security Exhibition DEFEA – Defence Exhibition Athens.

DEFEA will take place from 11 – 13 May 2021 at Metropolitan Expo Exhibition Center in Athens International Airport under the patronage of the Greek Ministry of Defence – Directorate of Defence Equipment and Investment (GDDIA). DEFEA is organized by ROTA Exhibitions Greece together with the Hellenic Defence Material Manufacturers Association (SEKPY).

During high tides on geopolitical level in the broader MENA Region, discourse on security and defence has become much more intense. Greece itself is bouncing back from the Euro-crisis and after a full decade of fiscal stagnation is investing in defence and preparing a multi-year armament program.