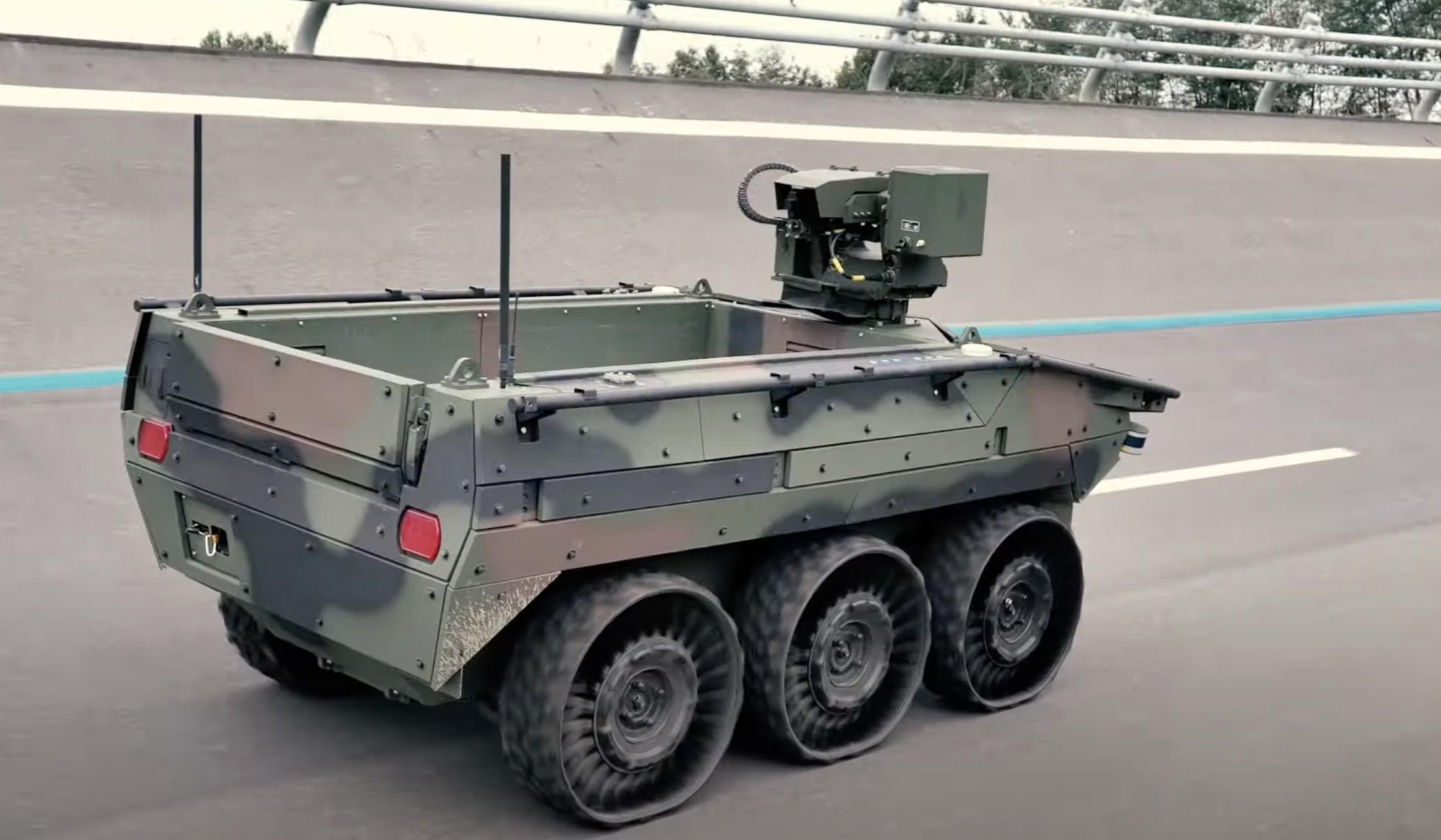 Hanwha Defence has taken off the wraps on a new two tonne 6×6 unmanned ground vehicle, Named the Intelligent UGV (I-UGV). Unveiled just prior to the start of the show at Seongnam, just south of Seoul.

Hanwha Defence says the new Artificial Intelligence (AI) based UGV has been designed to meet domestic and export requirements. The I-UGV can carry out remote-controlled operations or GPS-enabled autonomous driving to perform various missions such as surveillance and reconnaissance, transport of cargo and wounded soldiers.

The fully electric I-UGV features enhanced mission capabilities, compared to the existing 4×4 Multi-Purpose UGV, or M-UGV, and other UGVs built in South Korea and will be on trials with a Republic of Korea Army infantry unit this month.

The I-UGV has travel 100km per charge and move at a top speed of 40km/h on paved roads and 20km/h on unpaved roads. It has a 500kg payload capacity and a detection range of 4 km both at day and night. The I-UGV is fitted with a high-end remote-controlled weapon station that can lock on to targets automatically using acoustic sensors to determine the source of gunfire during the confusion of combat.