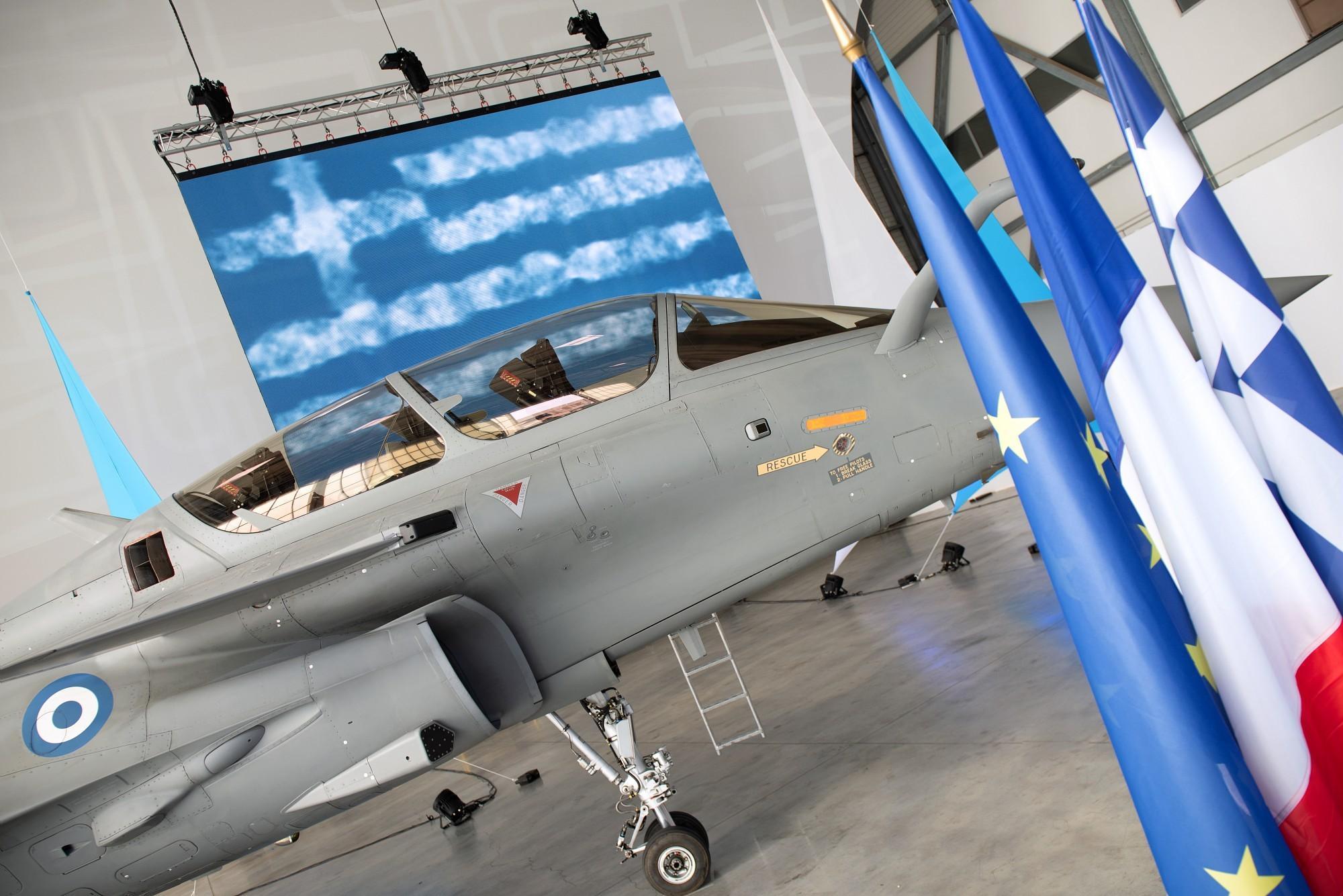 The aircraft was handed over to the HAF in the presence of Nikolaos Panagiotopoulos, Greek Minister of National Defence and Eric Trappier Chairman and CEO of Dassault Aviation.

The Rafale will provide the Hellenic Air Force with a latest-generation multirole fighter, enabling the Hellenic Republic to ensure its geostrategic stance in full sovereignty, the airframer stated in a release.

“Following the Mirage F1 in 1974, the Mirage 2000 in 1985 and the Mirage 2000-5 in 2000, the Rafale is now proudly flying with the Hellenic Air Force colors. The Rafale is a Strategic Game Changer for the HAF. It will play an active role by securing Greece’s leadership as a major regional power. I would like to reaffirm our total commitment to the success of the Rafale in Greece,” said Eric Trappier, Chairman and CEO of Dassault Aviation.

The HAF contracted for 18 Rafale aircraft including logistical support in January.  The order for 18 Rafale included 12 Rafale recently in service with the French Air Force and 6 new Rafale produced at Dassault Aviation plants.

All aircraft contracted for the Hellenic Air Force will be delivered by 2023.

Dassault Aviation has completed the delivery of the first aircraft only six months after contract signature for the Greek acquisition of 18 Rafale. The logistic support contract will support the HAF’s Rafale’s air activity over four and a half years.

This first aircraft is an ex French Space and Air Force aircraft, as will be the five aircraft to follow.

HAF Pilots and Technicians will receive training in France before deploying to TANAGRA Air Force Base.

A first group of HAF pilots has already been trained for several months by the French Space and Air Force and 50 HAF technicians will join the Dassault Aviation Conversion Training Center (CTC) in Mérignac, France to continue their training.