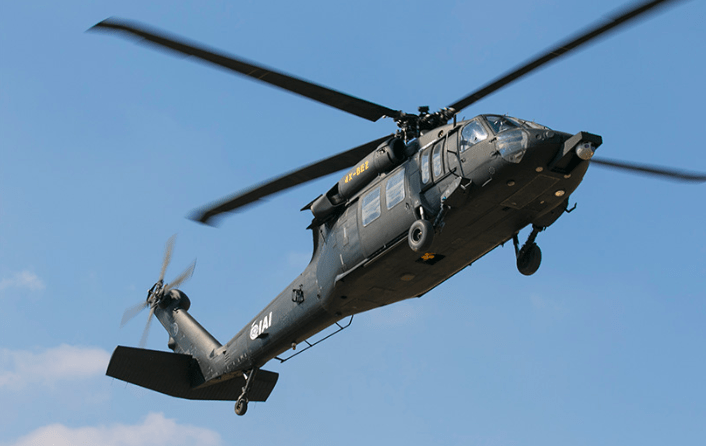 By Arie Egozi ,
The Lahav division of Israel Aerospace Industries (IAI) has designed an upgrade package for the UH-60 Black Hawk that are about to be phased out as the new generation helicopters get to the market.
The US army is evaluating some new designs like the Bell&#39;s V-280 Valor, that successfully completed its first test flight in December and could win the US Army&#39;s competition to replace its fleet of UH- 60 Black Hawk helicopters.
Other manufacturers will compete and the Lahav division anticipates that a great number of UH-60 will be offered to countries that cannot afford the new designs. According to IAI the upgrade package includes 5 th generation avionics.
The Israeli Airforce (IAF) also operates the Black Hawk and according to a senior IAI official, is also a potential customer for the upgrade.
The official added that a special version of the upgrade package is aimed at prolonging the service life of the SH-60 Sea Hawk. This upgrade package includes a new ELTA maritime radar, optical sensors and an advanced sonar.
The US State Department has last year approved the transfer of eight excess SH-60F Sea-Hawk Helicopters to Israel.
The approval is for the transfer of the helicopters with additional equipment according to Excess Defense Articles (EDA) Program The SH-60F Sea-Hawk will be operated by the IAF from the four SAAR – 6 corvettes now being built in a German ship yard. Israel will receive used SH-60 from the US that will replace the AS565 Dolphin helicopters now operated from the Israeli navy&#39;s SAAR 5 missiles boats.
The upgrade package for the SH-60 F’s has been designed in cooperation with the IAF’s test flight center.
The upgrade is aimed at allowing the helicopters to take an active part of protecting the Israeli EEZ waters where the natural gas pumping rigs are located and in addition in the sensitive areas
near Lebanon and Gaza.
According to IAI the upgrade kit will be shipped to the US and there the systems will be installed by an American company.