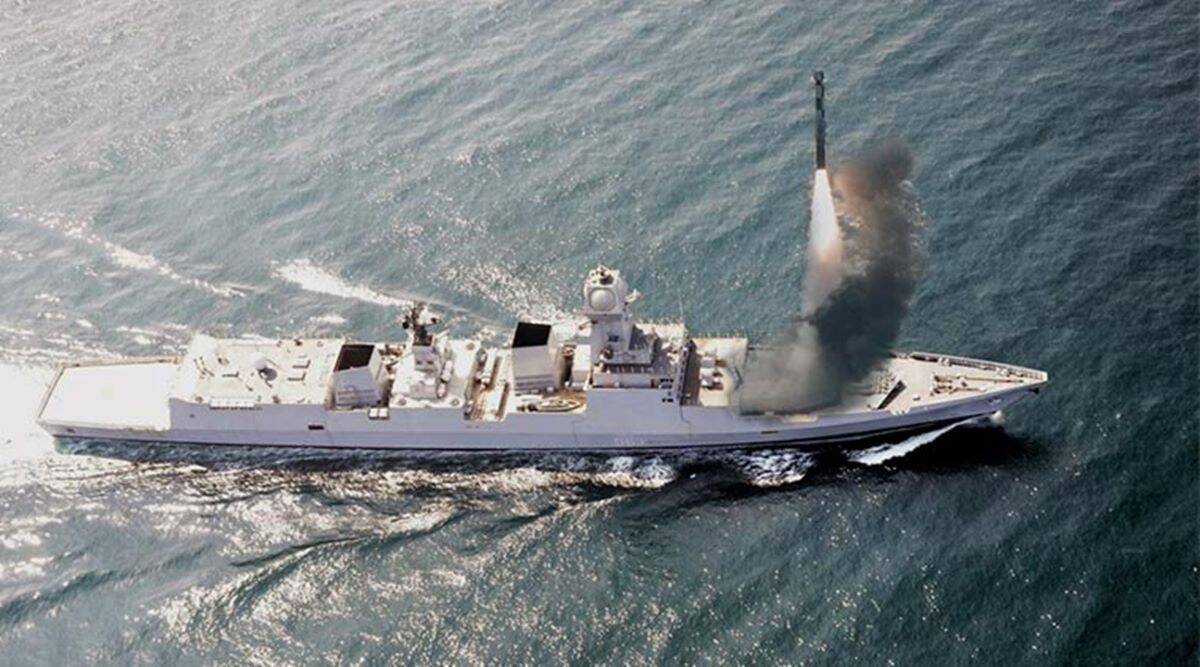 According to a tweet by the Indian DRDO (Defence Research and Development Organisation), the missile hit its target in the Arabian Sea with pinpoint accuracy after performing “extremely complex” maneuvers.

The missile is capable of carrying a conventional warhead weighing 200 to 300 kg, and can reach speeds of up to Mach 2.8 to destroy targets as deep as 300 km. The missile, which  has a diameter of 70 cm and a wingspan of 1.7 m, is capable of  attacking surface targets by flying as low as five meters in altitude; it has also fly at a maximum altitude of 14,000 meters.  The ship-launched and land-based missiles can carry a 200 kg warhead, whereas the aircraft-launched variant (BrahMos A) can carry a 300 kg warhead.

Commissioned into the service in November 2016, the 7,500-tonne INS Chennai is capable of reaching a maximum speed of 30 knots (56 km/h) and can carry 16 BrahMos missiles in two eight-cell vertical launch systems, besides other sophisticated weapons and sensors.  It is the third ship of the Kolkata-class stealth guided-missile destroyers that is part of the Indian Navy fleet.  The stealth destroyer is armed with anti-air missiles and is powered by a combined gas and gas (COGAG) propulsion system that includes four Zorya-Mashproekt DT-59 reversible gas turbines.