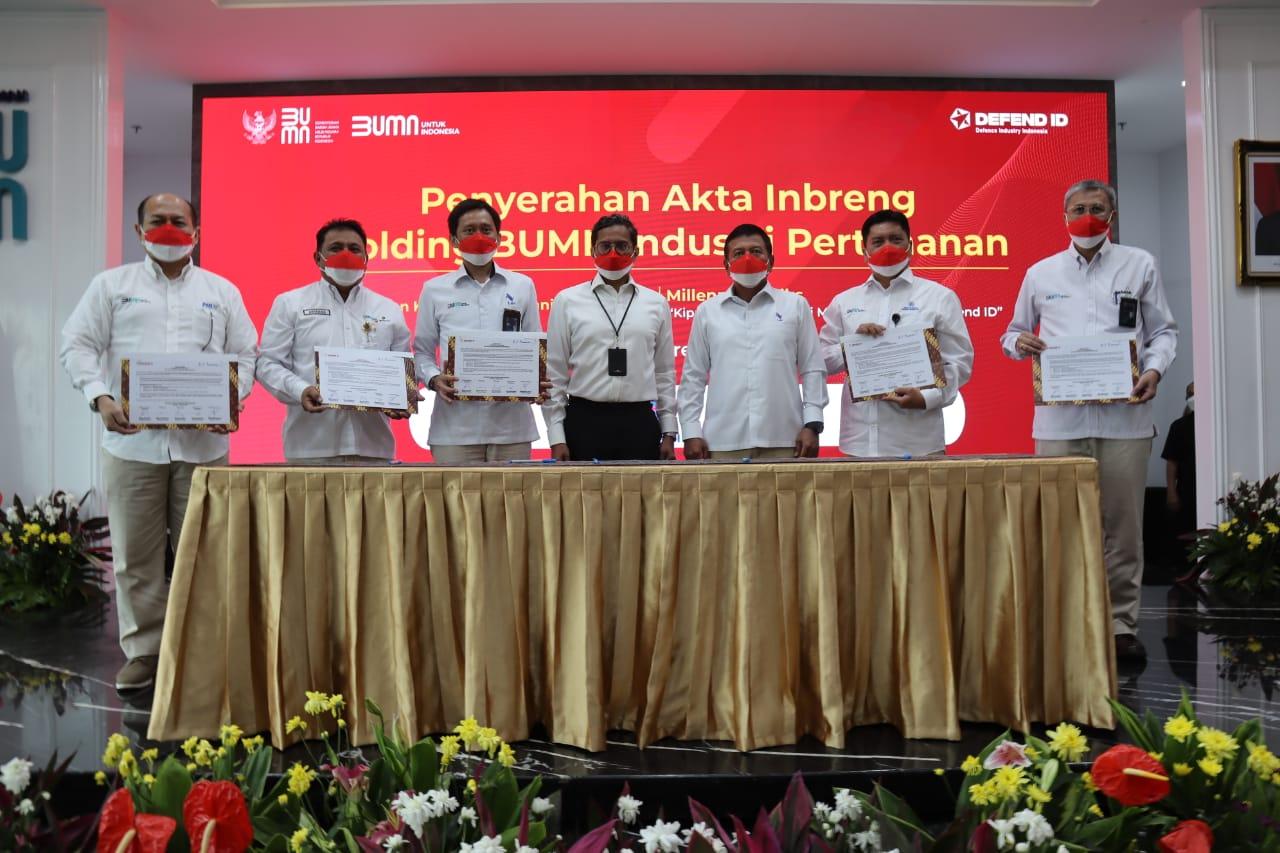 “March 2, 2022 is the birthday of the (Indonesian) defense SOEs holding company with the brand and name Defend ID,” said Bobby Rasyidin, President Director of PT Len Industri. “In the 2022-2023 phase, the spin off of the parent business operations will be carried out in stages. Business operations at PT Len Industri, both non-defense and defense will be passed down to its subsidiaries,” he added.

Defend ID will bring benefits to all of five SOEs, especially in terms of finance and access to funding, Rasyidin said. The holding also intends to work for the development of the country’s defense industry market to a regional and international scale, including increasing bargaining power in technology transfer cooperation with foreign partners

He further explained that although each SOEs will still have their own respective business focus and priority programs after the formation of Defend ID, PT Len Industri will play a role in realizing interoperability or integrating the electronics of the three branches of the TNI: Army (TNI-AD), Navy (TNI-AL) and Air Force (TNI-AU).

Specifically, PT Len focuses on platforms and Maintenance Repair & Overhaul (MRO) of the defense equipment, as well as the integration of various national defense systems (Network Centric Warfare) with defense radar, underwater sensing and military satellites as its priority programs.