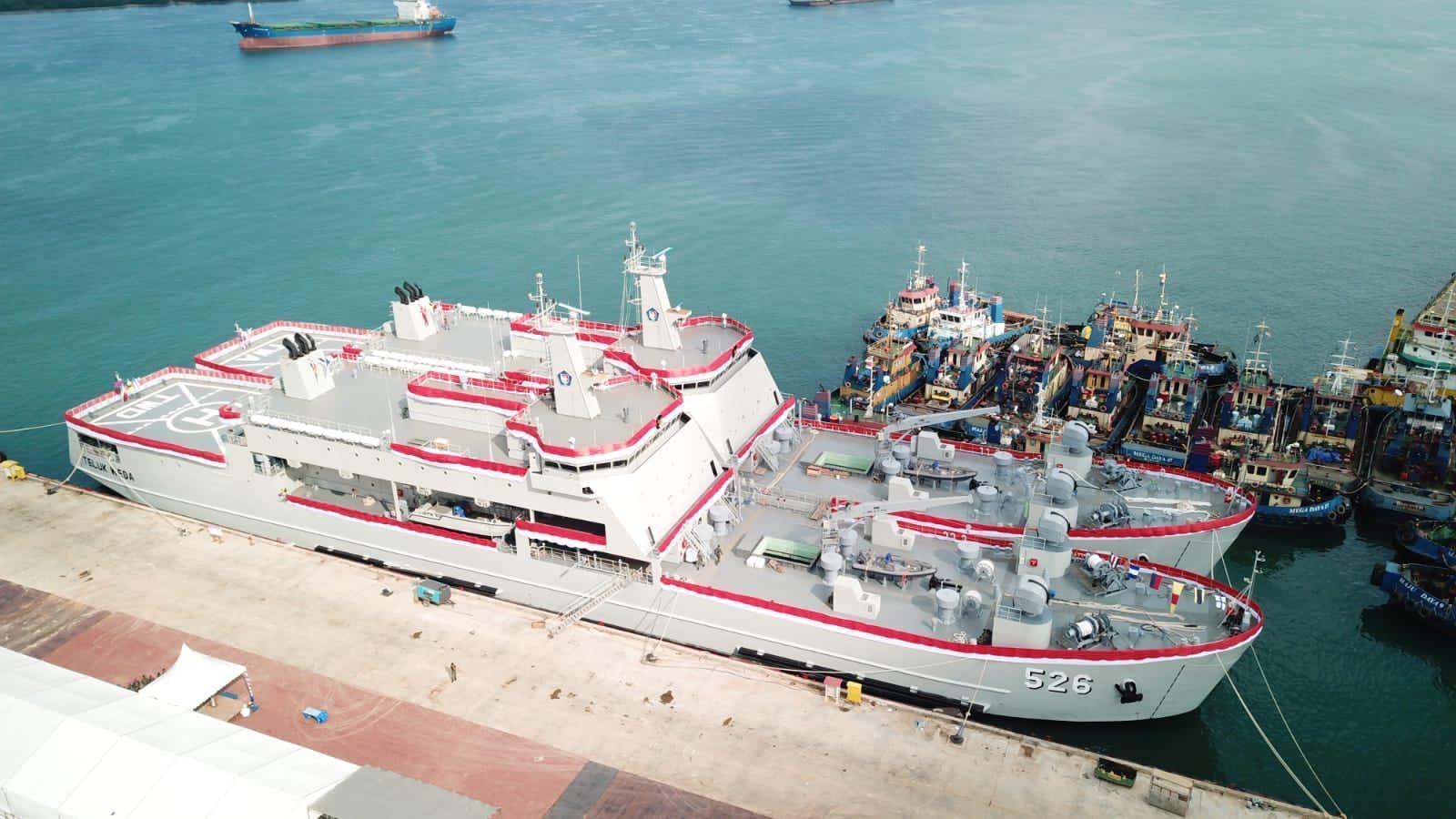 The two ships are a part of an IDR360 billion (US$ 25.5 million) contract between the Indonesian Ministry of Defence (Kemhan) and PT Bandar Abadi Shipyard that was signed in April 2019. Both ships were launched in February this year, eight months earlier than originally scheduled.

Following TNI-AL’s convention to name their LST-type ships with the names of Indonesian bays or gulfs, the ships have been officially named KRI Teluk Weda (526), and KRI Teluk Wondama (527). With the commissioning of the new LSTs, TNI-AL now has nine Teluk Bintuni-class LST after the first was accepted into service in 2015.

Each ship is armed with two 40 mm/L70 Bofors guns on their bow, two Rheinmetall 20 mm cannons as well as two 12.7 mm heavy machine guns. With a complement of 111 crews and the capacity to transport 367 fully equipped troops like other Teluk Bintuni-class LSTs, each of them is also able to transport up to 10 Leopard 2 Main Battle Tanks (MBTs) of the Indonesian Army (TNI-AD) or 15 BMP-3 Infantry Fighting Vehicles (IFVs) of the Indonesian Marine Corps (Kormar).