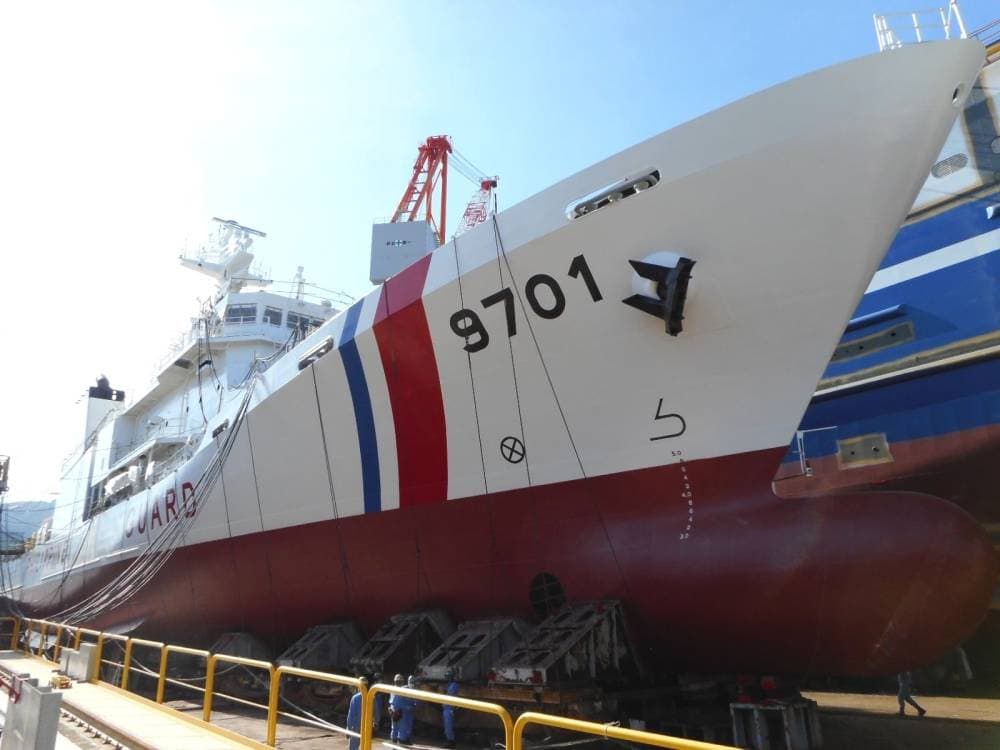 Named as BRP Teresa Magbanua, the ship with hull number 9701 is one of two ships for PCG in a contract worth US$132.57 million signed between the Philippines Department of Transportation and MHI in February last year.

The Teresa Magbanua-class ships are 97 meter long, 11 meter wide, with a displacement of around 1700 tons. Powered with two 6,600 KW diesel engines that enable them to have a maximum speed of 24 knots, the ships are able to reach a maximum range of about 7,400 km (4,000 nautical miles) under a cruising speed of 19 knots.

This contract is part of the second phase of the joint Japanese-Philippine Maritime Safety Capability Improvement Project (MSCIP) between the Japan International Cooperation Agency (JICA) and the Philippine Coast Guard. In the first phase of the JP¥18.7 billion (US$172 million) Official Development Assistance (ODA) project, JICA transferred 10 44-meter Multi-Role Response Vessels (MRRVs) to the PCG. The last two ships were delivered in August 2018.

The second ship is scheduled to be launched in November this year with delivery to the PCG is expected in early May 2022.