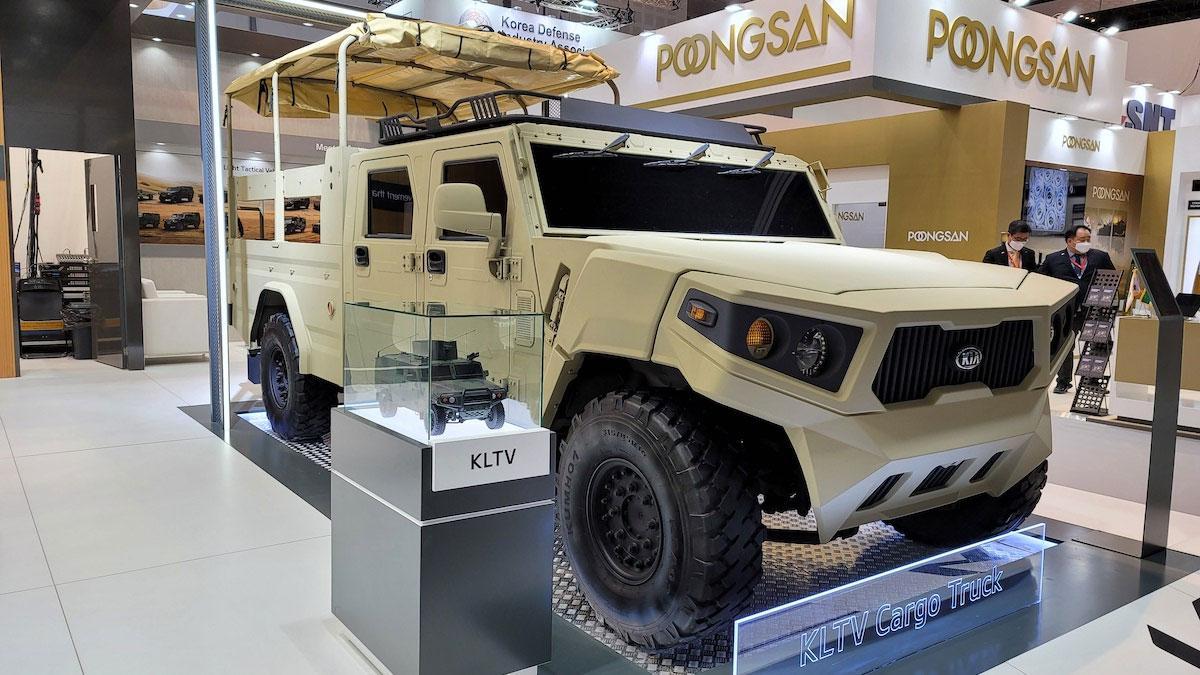 Kia is highlighting the capabilities of its all-terrain vehicle (ATV) and medium tactical vehicle (MTV) at ADEX even as it gets ready to build new military vehicles for the Korean Army. The newly developed ATV is not intended for use solely for military purposes. According to the company, the vehicle, which is built up from a bare chassis of the Kia Mohave SUV, will be used in various fields such as industrial and leisure sectors. The company will apply technology and know-how from military vehicle development to improve the durability of its road-going SUVs. The MTV cargo truck has a length of 7,995 mm, width of 2,400 mm, height of 3,125 mm, and a wheelbase of 4,525 mm. It can carry a maximum weight of 2300 kg and has a top speed of 105 kilometers per hour.

As part of a plan to replace the existing standard 2.5- and 5-tonne tactical trucks, Kia and the Korean Army will jointly invest in developing 5-tonne armored vehicle. The company, which plans to supply the new tactical vehicles to the military from 2024, is developing autonomous driving technology for military vehicles as part of its attempt to gain a larger share of the defence market. The South Korean company introduced a close-to-production concept called Light Tactical Cargo Truck (LTCT) that previews the next off-roader it will manufacture for the global military vehicle market. Earlier this year, Kia, who has been making light tactical vehicles for the South Korean army since 2016, showcased the concept of its Light Tactical Cargo Truck (LTCT) that is capable of fitting four passengers inside its air-conditioned cabin. The rear-mounted box can carry 10 fully armed soldiers and a maximum of 6,600 pounds of cargo. The vehicle has a top speed of 80 mph, about 16 inches of ground clearance, and can drive through up to 30 inches of water.