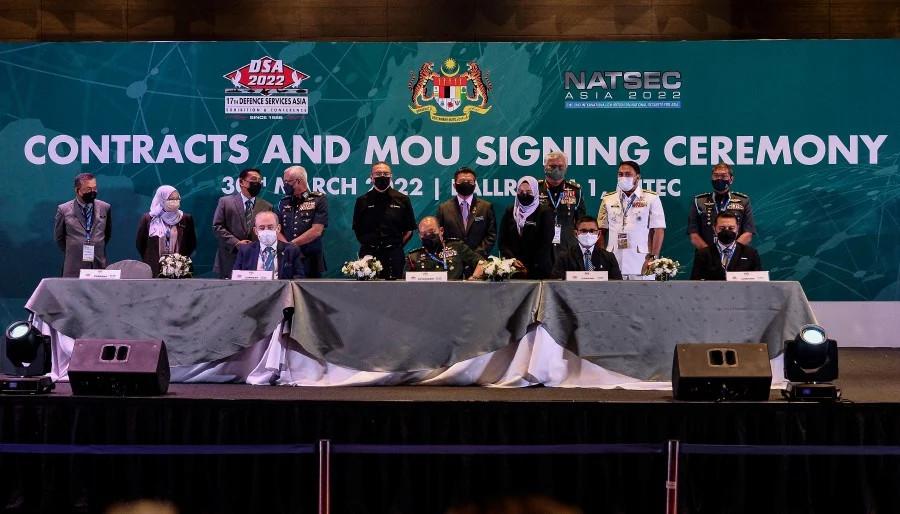 In a public announcement released by the Malaysian Ministry of Defence (MINDEF) on Wednesday (Mar. 30), there have been 54 deals worth RM4.6 billion achieved on the third day of the DSA 2022 exhibition.

Specifically, those deals consisted of 20 Letters of Acceptance (LOA) worth RM1.14 billion, 7 Letters of Intent (LOI) for RM152.79 million, 3 Memoranda of Understanding (MoU), and 24 defense contracts valued at RM3.32 billion.

As specified by the MINDEF, the Royal Malaysian Navy (RMN) has procurement programs for 3 Italian-made AW 139 utility helicopters, the second batch of 3 Littoral Mission Ships (LMS) to complement the existing 4 LMS as well as 13 Fast Interceptor Crafts (FIC).

Furthermore, 3 of RMAF’s CN235-220M aircraft are currently in the process of being upgraded to fulfill the role of Maritime Surveillance Aircrafts (MSA) that will be capable of conducting Intelligence, Surveillance, and Reconnaissance (ISR) duties.