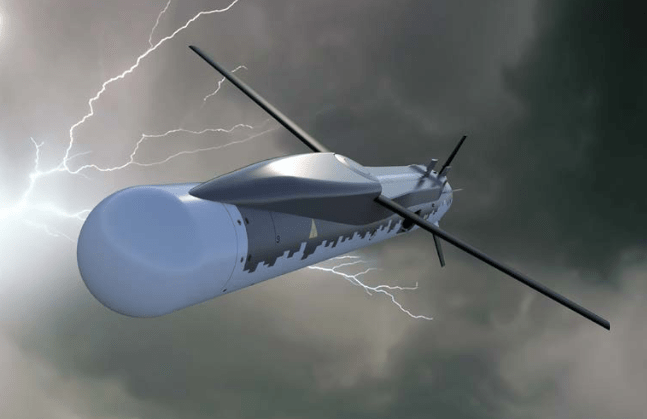 Leonardo will be promoting its BriteCloud expendable active decoy to the Republic of Singapore Air Force, for potential integration across a number of operation- ally-critical platforms including F-16 and F-15.

If BriteCloud is chosen by the RSAF, it would become the second Air Force internationally to operate the world-lead- ing electronic warfare capability, following the UK’s Royal Air Force.

BriteCloud is the culmination of decades of UK leadership in responding to the threat of radar-guided missiles. In WWII, the RAF fielded the very first anti-radar countermeasures and, in 2018, it vaulted to the front of the field once again by becoming the first to adopt Leonardo’s BriteCloud technology for active service.

This miniaturised radar jammer, which is ejected from an aircraft to draw away incoming missiles, is unique in the market and has consequently drawn a great deal of international interest. It is currently undergoing evaluation by the United States’ Armed Forces. BriteCloud is unique because Leonardo is the only company in the world which has managed to sufficiently miniaturise Digital Radio Frequency Memory (DRFM) countermeasure technology to the point where it can be launched from a standard chaff and flare dispenser.

Leonardo’s new BriteCloud 218 variant is designed to fit the AN/ALE-47 countermeasures dispensers used by many F-15 and F-16 aircraft such as those in-service with the RSAF and, because each BriteCloud is a self-contained unit, would not require any integration to significantly improve the survivability of the fleets.

As part of a mid-life upgrade or retrofit capability programme, adopting BriteCloud would be a cost-effective way to also equip its fleet with world-class protection from radar-guided missiles. Beyond BriteCloud, Leonardo is also find- ing further potential for its miniaturised DRFM technology in its partnership with MBDA to create SPEAR-EW.

An electronic attack variant of MBDA’s SPEAR 3 missile, SPEAR-EW replaces SPEAR’s explosive payload with a Leonardo DRFM jammer and additional fuel, allowing for long-range Suppression of Enemy Air Defence (SEAD) missions while improving the survivability of its host platforms. Effectively, a combat aircraft equipped with SPEAR-EW will be able to launch multiple convincing ‘ghost’ signals ahead of itself into enemy airspace, confusing enemy radars with overwhelm- ing false targets. SPEAR-EW is currently being integrated onto the F-35, making it an option for the Republic of Singapore Air Force which is acquiring a fleet of F-35B aircraft, the same variant as the UK Royal Air Force.

SPEAR-EW is a variant of the SPEAR 3 missile  and adds significant capability and force multiplication without need for repeat platform integration. The SPEAR family’s compact size allows 4 weapons to be carried internally in each of the 2 internal weapons bays of the F-35.

BriteCloud and SPEAR-EW are just two of Leonardo’s leading electronics capabilities which will be on-show at the Singapore Air Show. Leonardo will also showcase its range of advanced radar systems, including the Osprey E-scan surveillance radar which has been selected by the US Navy and the Grifo-346 fire control radar which is on-board the M-346FA (Fighter Attack).

As a leader in IFF (Identification Friend/Foe) systems, Leonardo will also be highlighting its Mode 5-capable M428 compact transponder. Other products on show include the ULISSES submarine-detection capability that can be used for airborne applications, including for carriage by UAS, and the airborne SRT-800 Airborne software-defined radio (SDR), the light- weight new addition to Leonardo’s family of S-Wave communication systems.