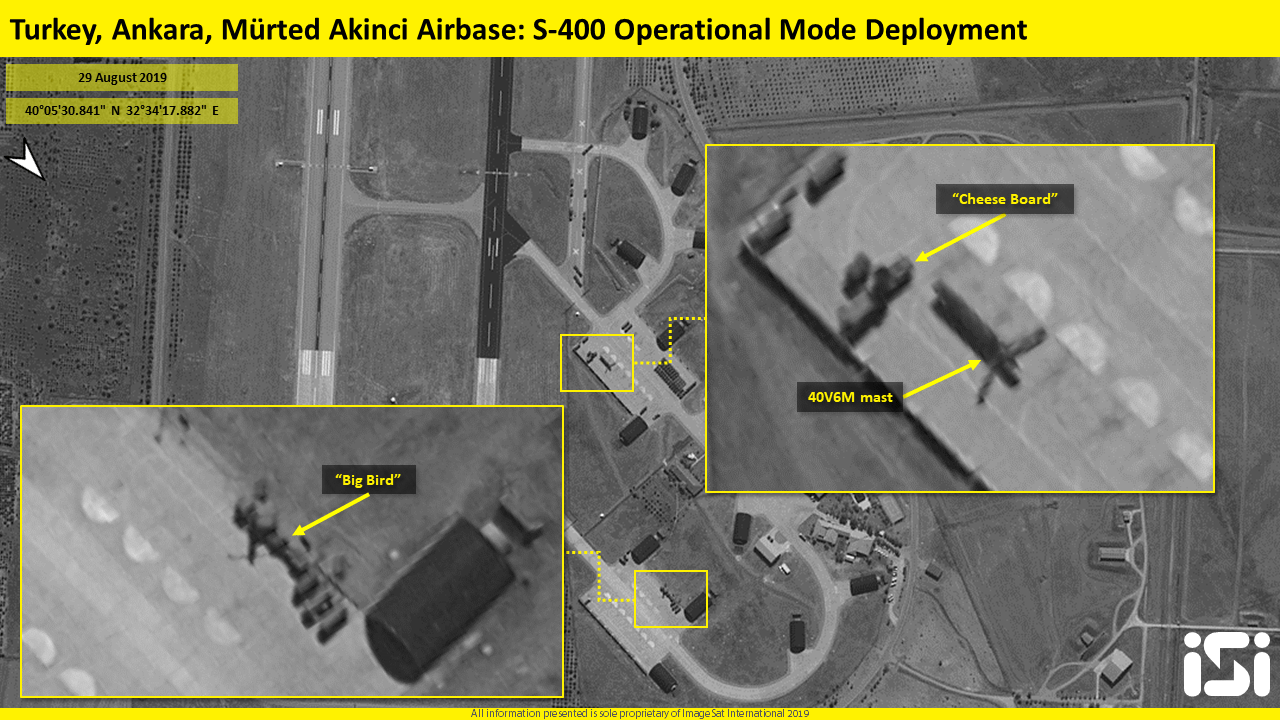 The Turkish military said on August 27 that the second stage of deliveries of the S-400 systems had begun, and President Recep Tayyip Erdogan said that this handover would continue until the end of September.

The cancellation of the F-35 deal with Turkey may also strengthen the defense ties between Ankara and Beijing.

The Bora missile, according to Israeli experts, is based on China’s B-611 short-range ballistic missile that Turkey bought in the past when the defense relations were at a peak.

The Turkish built missile has a range of 173 Miles and has GPS / INS guidance. Whereas the Chinese B-611 has a CEP of some160 feet , open-source evidence suggests that ROKETSAN has managed to reduce it to some 32 feet for Bora, making the missile more accurate. The missile can carry a conventional warhead with 990 pounds payload. Considering the MTCR (missile technology control regime) restrictions, and given the fact that Turkey also seeks to export Bora, current specifications of the missile depict it as a reliable, combat-tested tactical asset.

Turkey already announced its intention to accelerate some projects related to its airforce.

The first project that Turkey can accelerate is the development and manufacturing of Turkish Aerospace Industries’ (TAI) TF-X national combat aircraft.

According to the current plan, the TF-X will be rolled out in 2023, and will make the first flight in 2025 and get into service in 2030. The aircraft has new generation features including low visibility, internal gun housing, high maneuverability, increased situational awareness and sensor fusion.

But until this project puts an advanced fighter aircraft in the skies, Turkey in parallel will try to accelerate its Hurjet program.The Hurjet is planned in two versions -Advanced Jet Trainer and Light Attack Aircraft. The two projects are in no way a substitute to the F-35, but it seems that they will be accelerated, maybe with Chinese help.

The deployment of the S-400 systems in Turkey will also have implications on the operations of the Israeli airforce in the region, mainly over Syria.

A Turkish airforce F-16 shot down a Russian SU-24 attack aircraft near the Syria –Turkey border on Nov. 2015