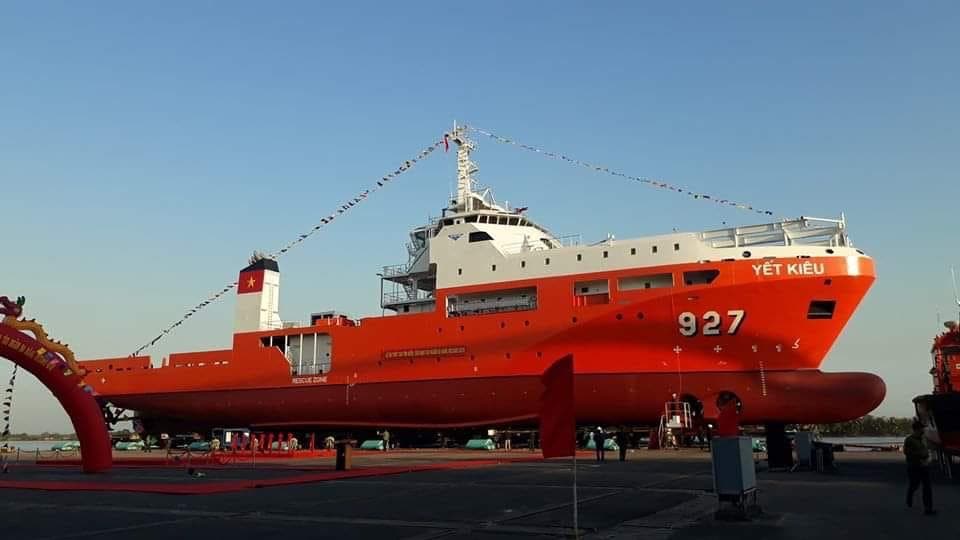 Also known as the Multipurpose Submarine Search-And-Rescue Ship 9316 (MSSARS 9316), the ship was launched in December 2019, 17 months after the factory started its construction in May 2018.

Named after Yết Kiêu, a famous Vietnamese navy diver in the 13th century, the ship with the pennant number HQ-927 will be stationed at Vietnam’s naval base in Cam Ranh Bay to support the operation of the VPN submarine fleet. Other than submarine rescue, the ship is also able to serve as an oceanic research vessel capable of performing seafloor mapping as well as other underwater surveying activities.

The MSSARS 9316 project was built by the Z189 shipyard based on the design supplied by the Netherland’s Damen Group. The Damen’s design was also used to build Australia’s DMS Maritime MV Stoker and MV Besant, which were also constructed in Vietnam and launched in 2015.

With a displacement of 3,950 tons, the 93-meters-long, 16 meters-wide Yết Kiêu is powered by two Caterpillar 3516C-TA diesel engines that enable it to reach a maximum speed of around 16 knots. With a maximum range of 4,000 nautical miles and a maximum endurance of 30 days, the vessel also has a complement for 100 people. Other than carrying a tethered submarine rescue vehicle, the ship is also equipped with a helicopter landing pad on its bow.