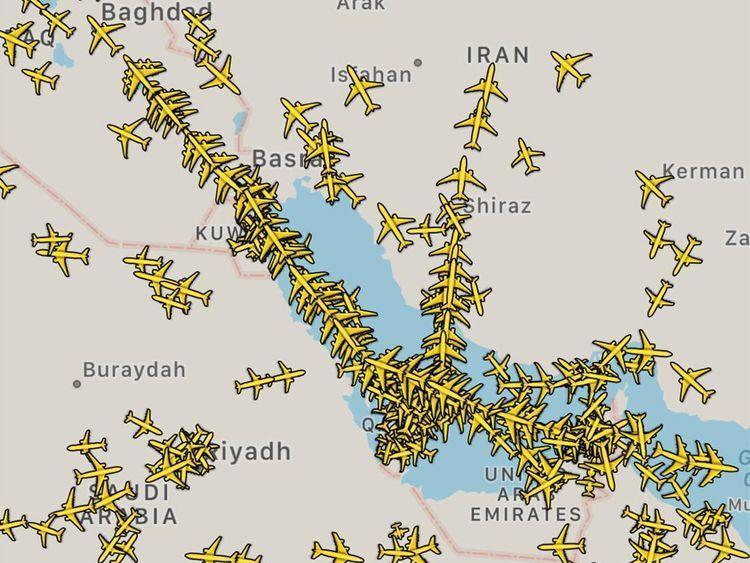 Several airlines on Wednesday said they would be avoiding Iranian airspace or canceling flights in the wake of heightened tensions in the Middle East.

Singapore Airlines, Qantas, China Airlines, Lufthansa and Malaysia Airlines were among those which said they’re avoiding the Iranian airspace.

In a statement to CNBC, Singapore Airlines said, “In view of the latest developments in the region, all SIA flights in and out of Europe are diverted from the Iranian airspace.”

“We are monitoring the situation closely and will make the appropriate adjustments to our routes if necessary,” it added.

Meanwhile, Dubai-based Emirates and its sister airline flydubai canceled Wednesday flights to Baghdad, stated a CNBC report.
Emirates, in a statement to Reuters said, “We are carefully monitoring the developments and are in close contact with the relevant government authorities with regards to our flight operations, and will make further operational changes if required.”
The FAA said it issued the airspace ban, which also includes the Gulf of Oman and the waters between Iran and Saudi Arabia, “due to heightened military activities and increased political tensions in the Middle East, which present an inadvertent risk to U.S. civil aviation operations.”Air Canada, Singapore Airlines and Srilankan Airlines altered their routes to avoid Iranian airspace.
The announcements came after Iran launched more than a dozen ballistic missiles against multiple bases housing US troops in Iraq. Tehran’s attack follows the US killing of Iran’s top general, Qasem Soleimani, last Friday.