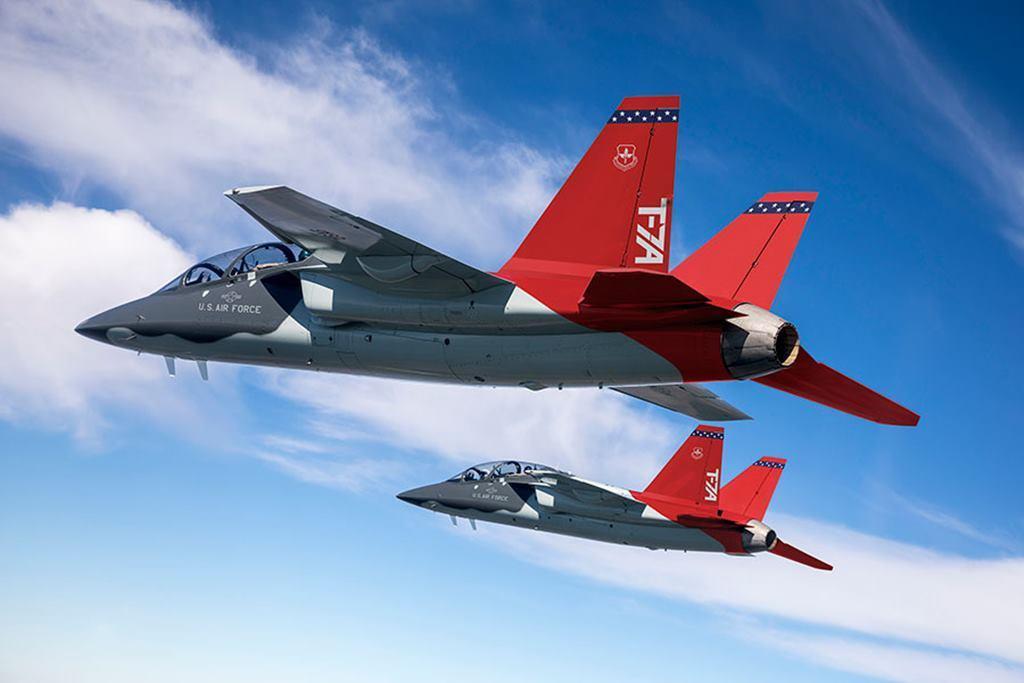 Restarting a military jet’s engine in flight is a critical safety feature that can only be demonstrated by doing something a flight crew rarely wants to do: shutting off the engine in flight.

That’s all the more daunting in a single-engine aircraft. Yet, a Boeing T-7A trainer crew recently did it, at 20,000 feet above an Illinois test area, then flew the plane for 48 seconds before restarting the GE F404 engine and landing back at Boeing’s St. Louis site.

“Engine air start testing requires a large amount of preparation, planning and teamwork,” said T-7A Chief Pilot Steve Schmidt. “It’s a test of all the subsystems built for backup in the event a pilot would have to shut the engine down in an emergency and power it back up again.”

Schmidt performed the test with fellow Boeing Pilot William Berryman. The test was the latest success for a program that’s meeting all its critical development milestones. The company expects to deliver the first T-7A Red Hawk to the U.S. Air Force in 2023.

“This is a testament not only to the confidence our pilots have in the reliability of the T-7A aircraft, but also to the team who designed, engineered and built this new trainer aircraft for the Air Force,” said Chuck Dabundo, T-7 vice president and program manager.

In September 2018, the US Air Force awarded Boeing a $9.2 billion contract to supply T-7A Red Hawk aircraft and training simulators. Designed by Boeing and Saab, the T-7A has already accumulated more than 175 hours of flight time in more than 160 developmental test flights.