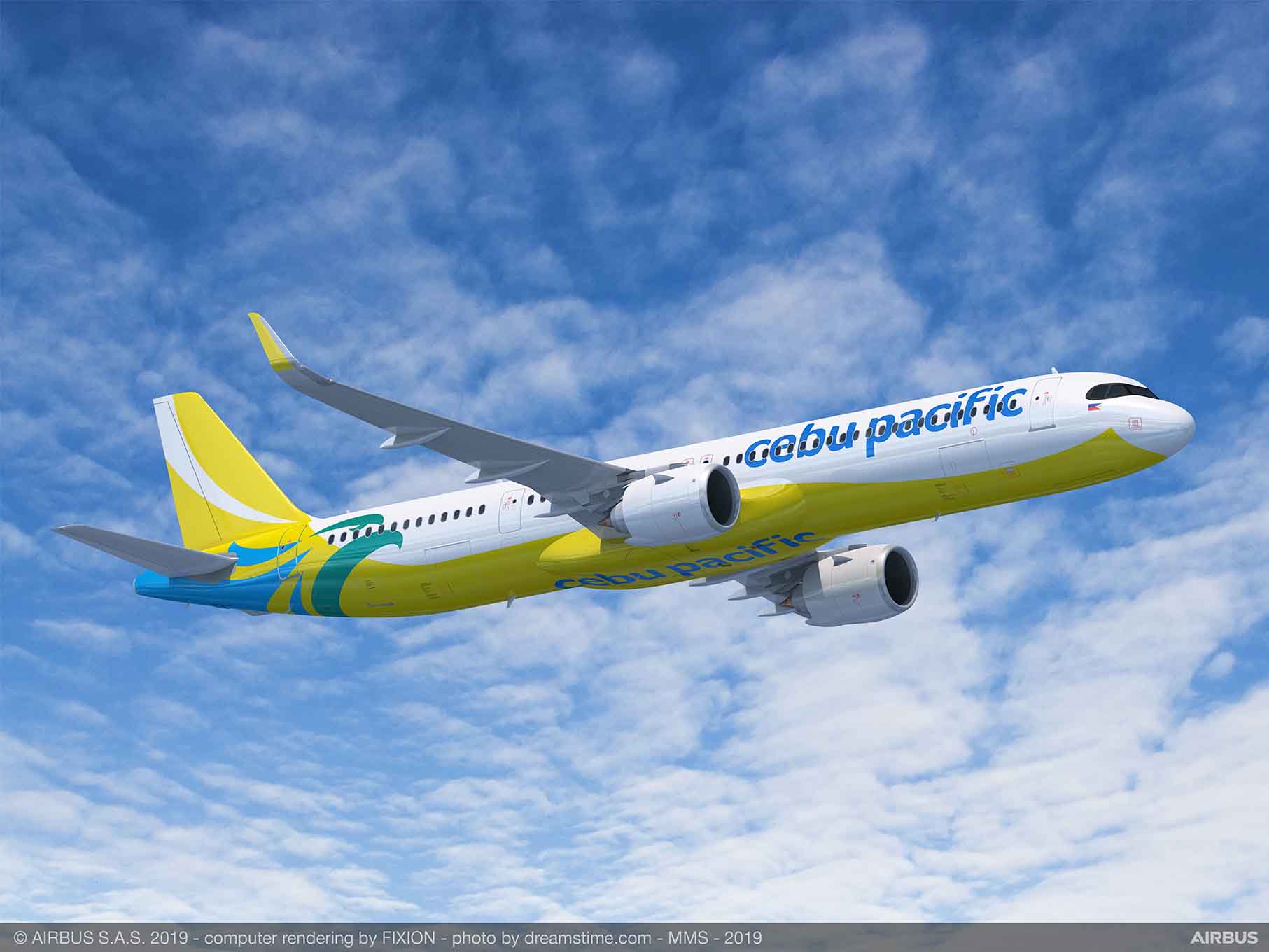 Cebu Pacific, the Philippines based carrier, announced that it has ordered 31 next-generation aircraft from Airbus. The investment accelerates the carrier’s plan to introduce more fuel-efficient and eco-friendly aircraft to replace its current fleet.

The order is comprised of 16 A330neo and 15 A320neo family aircraft. The aircraft are scheduled for delivery between 2021 and 2026. Based on list price, the deal is worth an estimated SGD 9.3 billion. The agreement was made during the 2019 Paris Air Show in Le Bourget, France—the global aerospace industry’s biggest trade event. The latest order is in addition to the 32 A321neo aircraft ordered in 2011, for delivery until 2022.

The 16 A330neo will be fitted with 460 seats, having 5.5 per cent more capacity than CEB’s current fleet of   A330ceo aircraft. The additional seats were made possible through a more efficient layout of cabin interiors and new-generation seats.

The new A330neo will replace the A330ceo, which will be progressively retired. Using the new Rolls Royce Trent 7000 engine and a more aerodynamic wing design, the A330neo is more efficient, providing a range of up to 7,200 nautical miles with as much as 12 per cent less fuel burn per trip. On top of a reduced environmental footprint, the A330neo also has a quieter cabin for improved passenger experience.  As part of the transaction, Rolls Royce has also been selected for engine maintenance and support.

“The A330neo will give us the lowest cost per seat and allow us to continue offering the lowest fares. Moreover, the lower fuel burn matched with higher seat density will allow CEB to address growing demand for leisure and business travel, by upgrading aircraft and maximising available airport slots in Manila and other megacities we serve,” said Lance Gokongwei, President and CEO of Cebu Pacific.

CEB also ordered 15 A320neo family aircraft, including 10 A321 XLR (Xtra Long Range) and five 194-seat A320neo. The increased capacity of the A320neo will result in a 7 per cent reduction in cost per seat; and a reduction of fuel burn and emissions of as much as 15 per cent.

Scheduled to start delivering in 2024, the A321 XLR is designed to have a range of up to 4,000 nautical miles and can potentially fly 220 passengers for up to 11 hours. This new and unique capability gives CEB the opportunity to develop new markets from key cities other than Manila.

As the new A320neo aircraft enter into service, the older A320ceo aircraft will be subsequently retired.

“Our strategy is to replace our fleet with bigger and more fuel-efficient aircraft to fly more passengers utilising our existing slots while reducing our environmental footprint per passenger. We will be operating an all Airbus NEO fleet by end-2024 and retiring our older-generation jets.”

CEB was advised by Plane View Partners on the new transactions with Airbus and Rolls Royce.