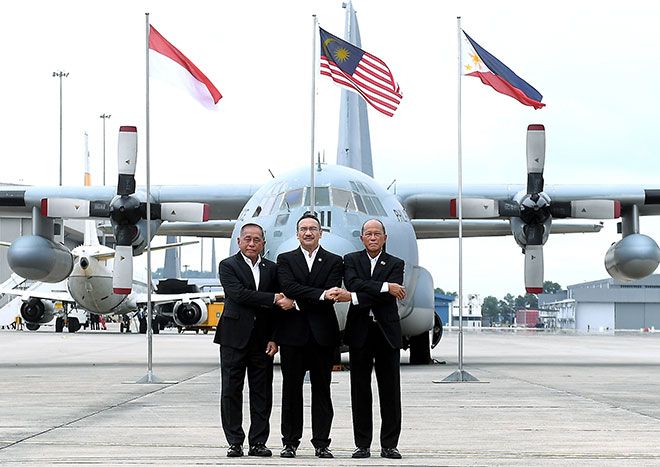 Malaysia is all set to revive and rejuvenate its Trilateral Cooperative Agreement (TCA) with Indonesia and the Philippines. On the sidelines of the ongoing Defence Services Asia (DSA) exhibition and National Security Conference Asia (NATSEC) 2022, Malaysia’s Senior Defence Minister Datuk Seri Hishammuddin Tun Hussein will meet with his counterparts from Indonesia Prabowo Subianto and the Philippines Delfin N. Lorenzana to discuss the maritime security in their region.

“This will be the first time all three Defence Ministers of the TCA will formally meet since Sept 2018 in Manila and will serve as an important avenue for shared security concerns in common maritime areas between our countries to be addressed at the ministerial level,” Hishammuddin said. The TCA was created to address maritime security threats in the waters of the three countries. Home Ministers of all the three countries are also expected to meet along with the Defence Ministers.

Hishammuddin said the meeting would also involve Hamzah and his counterparts from the two countries. “On the internal security, of course, the discussion will be with Home Minister Datuk Seri Hamzah Zainuddin and his counterparts in regards to kidnap for ransom, terrorism and the pursuit of those that use our waters, which requires the cooperation of the three countries,” he said.