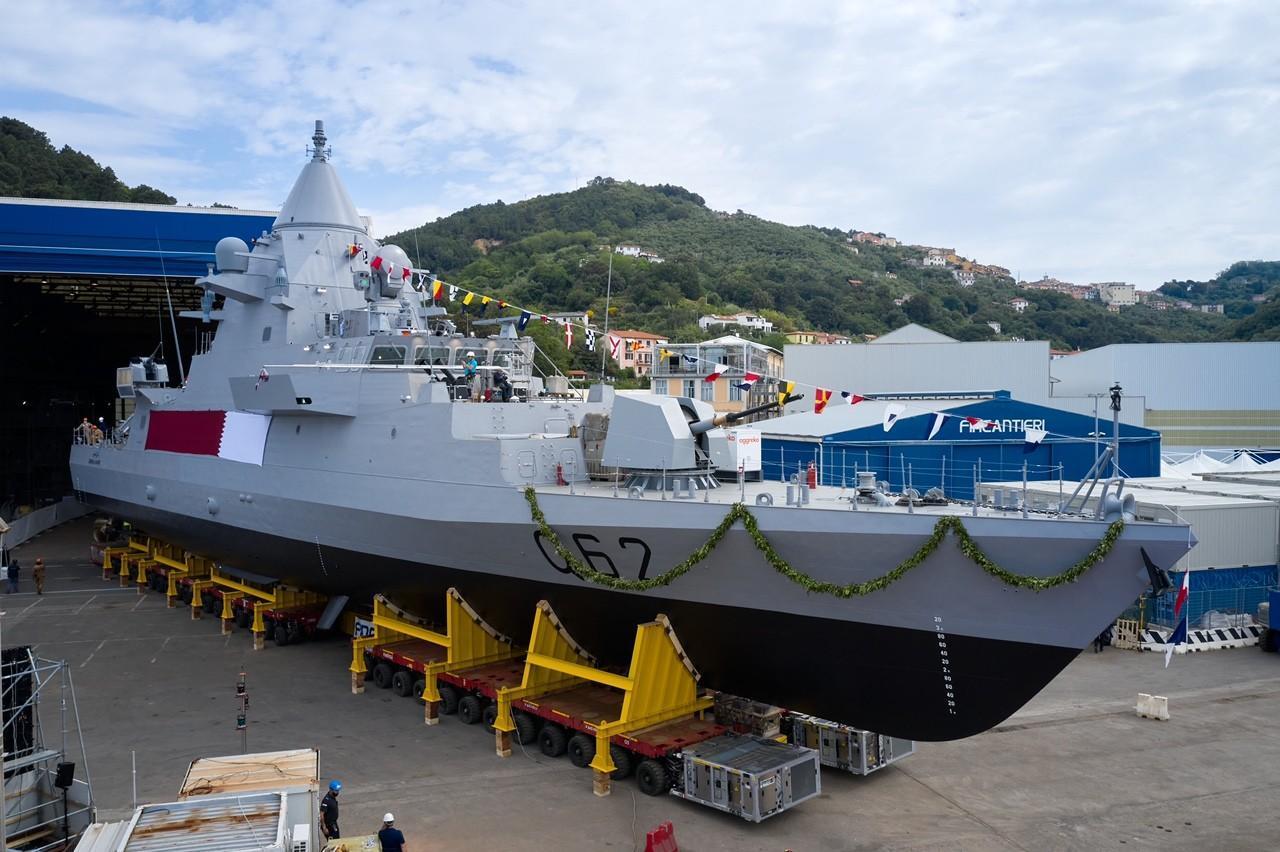 The technical launch of the patrol vessel (OPV – Offshore Patrol Vessel) “Sheraouh,” second of the OPV class being built by Fincantieri for the Qatari Emiri Navy as part of the country’s naval acquisition program, took place  at the Muggiano (La Spezia) yard on June 5.

The program is worth nearly 4 billion euros and envisages, in addition to the 2 OPVs that are both scheduled for delivery in 2022, 4 corvettes over 100 meters long and one amphibious vessel (LPD – Landing Platform Dock).

Fincantieri announced, on the same day, the first steel cutting of the LPD at Riva Trigoso. The opening of the Training Center “Halul 1” in La Spezia also took place.

The OPV “Sheraouh Q62” has been designed in compliance with the RINAMIL for Fast Patrol Vessel (FPV) rules. It will be a flexible ship capable of performing several services, from surveillance to combat functions. It is about 63 meters long, 9.2 meters wide, with a maximum speed of 30 knots with a range of 1500 nm. It will accommodate as many as 38 crew members.