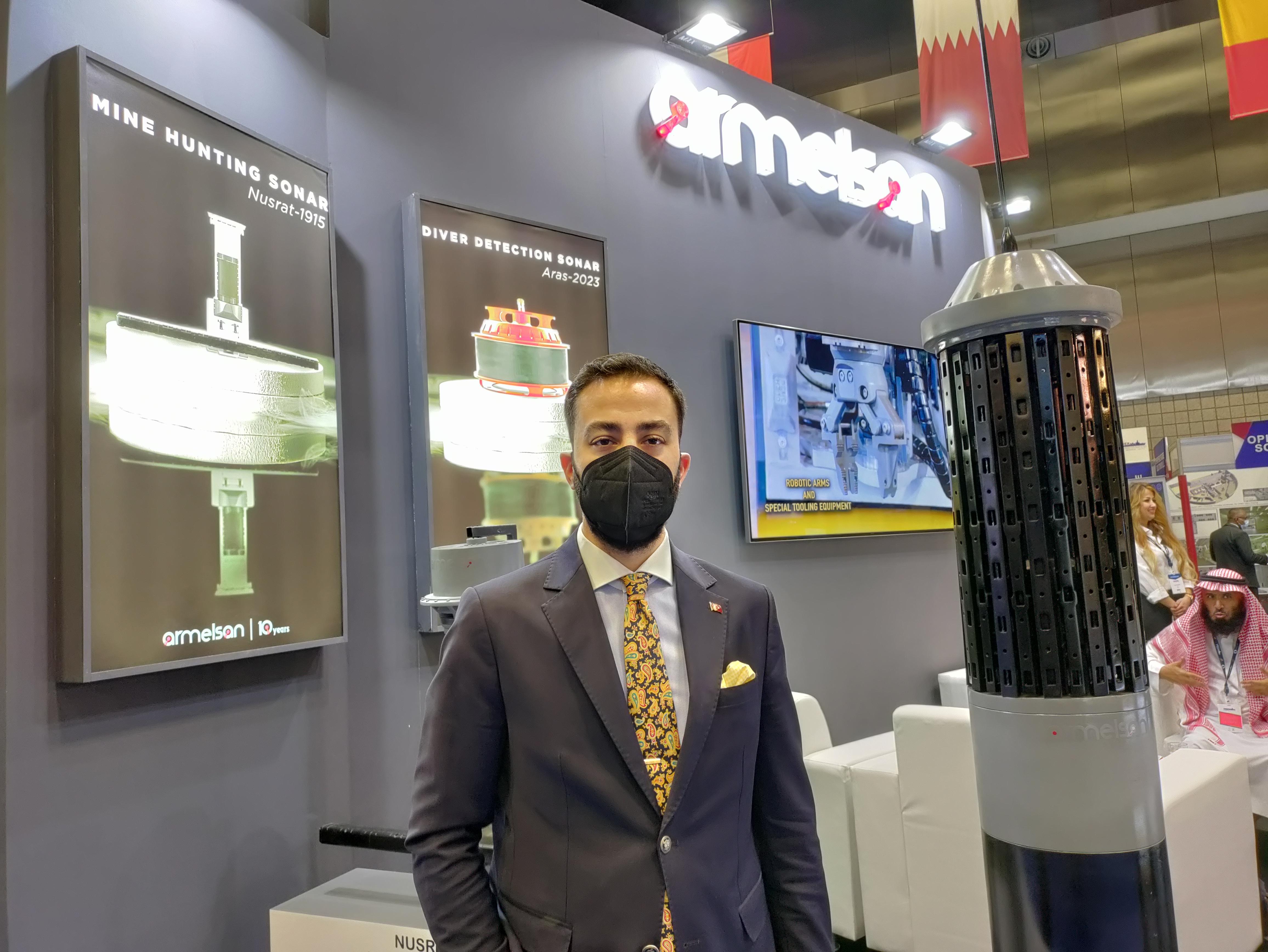 Erdem Tumdag, International Business Development Manager at Turkish firm Armelsan, is new to DIMDEX. So is his company.

“We didn’t know what kind of a response we would get here, but we are really glad that we decided to come,” said Tumdag, on the second day of the biennial event. “The response has been fantastic; out products have been generating quite a lot of interest.”

Another first timer at the show is Kimmo Jamsen, Director of Finnish company Patria’s Underwater & Communication Systems wing. “Our company is focused on expanding its global footprint and our presence here will certainly help with that. It wasn’t very busy yesterday, but today is different. We have talked to a lot of delegations over the last two days and hope to make our presence felt in the Middle East soon.”

Jamsen and Tumdag have a reason to be optimistic. Over the years, DIMDEX’s ability to facilitate commercial deals and lasting partnerships has seen it grow into one of the premier events on the global maritime defence and security calendar. Agreements worth over USD 32 billion have been signed across previous editions, many of them involving domestic companies.

About 200 exhibitors from different parts of the world, many of whom have been part of previous editions, are exhibiting the latest in military equipment and technologies at DIMDEX 2022, which is hosted and organised by Qatar Armed Forces. The event signifies the coming of age of the Qatar domestic defence industry, both in terms of the quality of products on display as well as the growing number of partnerships with international companies.

With the Middle East market being one of the most attractive for weapons makers, the ongoing show has attracted major contractors such as Lockheed Martin, Boeing, Raytheon and Leonardo, besides catching the attention of companies from Croatia, South Korea, Iran and Jordan, countries that are new to the event. One among them is Poongsan, South Korean ammunition manufacturer that produces a wide range of small caliber to large caliber ammunition.

The highlight of the second day of the event was the Middle East Naval Commanders Conference (MENC), in which some of the brightest minds in the international maritime domain, including naval defence commanders, global security experts, and thought leaders discussed asymmetric threats, which are posing a threat to the sector globally. The action-packed day also saw a number of significant deals involving domestic and international companies being signed.

Hamad Port has been busier than usual over the last two days, and with a reason. DIMDEX visitors have been thronging the port to get on board the vessels that have docked at the port as part of the Visiting Warships Display. The seventh edition has more warships than any previous edition, and as many as three – PNS Shamsheer, PNS Azmat and PMSS Kolachi – from Pakistan. The vessels include Qatar’s military training ship Al Doha, HMS Middleton from UK, Italian Navy frigate ITS Carlo Bergamini, the Indian Navy’s INS Kolkota, BNS Prottasha of the Bangladesh Navy, Algeria’s El-Moudamir, Hitteen from the Saudi Navy, and Al Nassir of the Royal Navy of Oman.

Meanwhile, excitement over Barzan Holdings, the commercial gateway of Qatar’s indigenous defence industry, grows as the company works assiduously to firm up contracts with a significant number of international companies. On the second day of the event, the company’s subsidiary Barzan Maintenance Shield (BMS) and Turkish firm Aselsan announced a contract by which BMS Would provide spare parts, training and technical support for maintenance and repair activities of Aselsan systems in Qatar. The company is set to announce more partnerships before the biennial event concludes on Wednesday.