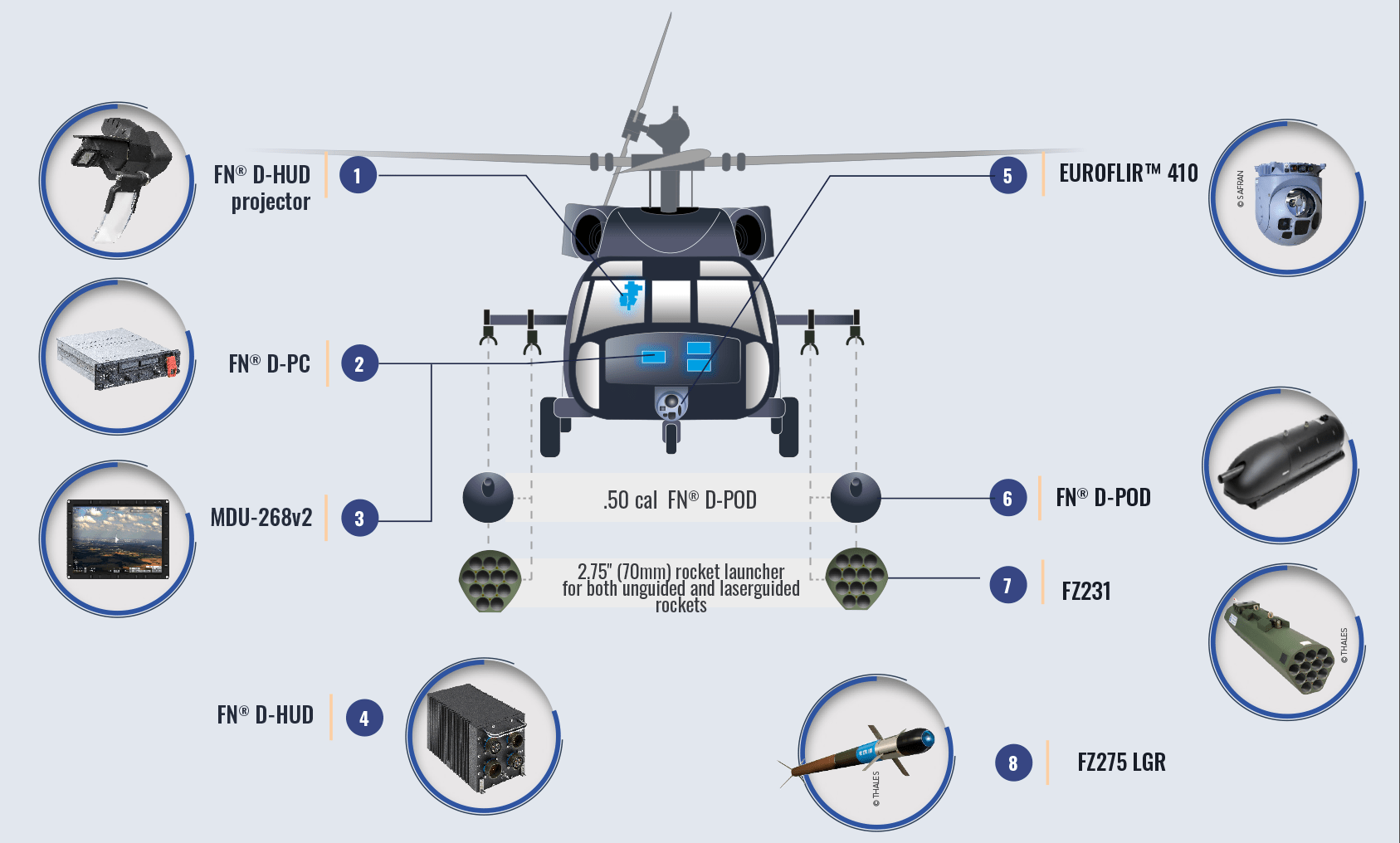 The suite further enhances combat capabilities of rotary- and fixed-wing airborne platforms by integrating equipment such as laser guided and/or unguided rockets from Thales, digital machine gun pods from FN Herstal and EO/IR systems from Safran.

Besides the .50 cal machine gun in the FN D-Pod, lightweight rocket launchers available in 7, 12 or 19 tubes allow a mix of 70mm laser guided and/or unguided rockets (such as FZ231 from Thales Belgium) delivering metric accuracy at extended range (exceeding 7km on static targets) to defeat soft and light armoured targets.

The FN Airborne Extended Digital Suite also accepts EO/IR equipment such as the ultra-long range electro[1]optical system Euroflir 410 from Safran incorporating up to 10 sensors. The suite also allows the integration of multi-functional displays such as the MDU-268V2 display from Scioteq used to select the armaments and display the digital video from the EO/IR.